Our first Mini Story Pack will launch Q2 2020. In our third spotlight, we showcase the new mechanics debuting with the Pack: climbing, treasure hunt, and a couple new questing activities.

As we mentioned in the Q1-Q2 20202 Roadmap post, one of the new mechanics we are introducing is the ability to climb. While you won’t be able to hand-over-hand scale any sheer vertical rock wall you want, with the introduction of the climbing mechanic you will be able to use ropes and vines to access areas that would previously be off limits.

Climbing should be fairly intuitive. To climb a vine, simply reach up, press the grip button on your controller to grab the vine, and bring your arm down. Then repeat the motion with your opposite hand. Extend your reach farther in order to cover more distance per movement, but be careful to maintain your grip. If you let go with both hands you will find yourself at the bottom of the vine and will have to restart your progress. (Instead of having to clamber back down from the top after you explored, just hit the “Climb Down” button to return to the bottom and continue your questing.)

In addition to traditional climbing, you’ll also be able to use a series of what appear to be zip lines to shimmy hand-over-hand up or down angled ropes to access different raised surfaces. You can use these particular ropes to either ascend or descend.

The purpose of climbing is predominantly to further exploration in the game, but eventually will be used to enhance the convenience and efficiency of travel within zones. No more coming to a dead end at the top of a cliff and having to backtrack to find the sloped route down. Note that the climbing mechanic will only work on specific elements in the game: you won’t be able to simply scale any sheer vertical face you want. 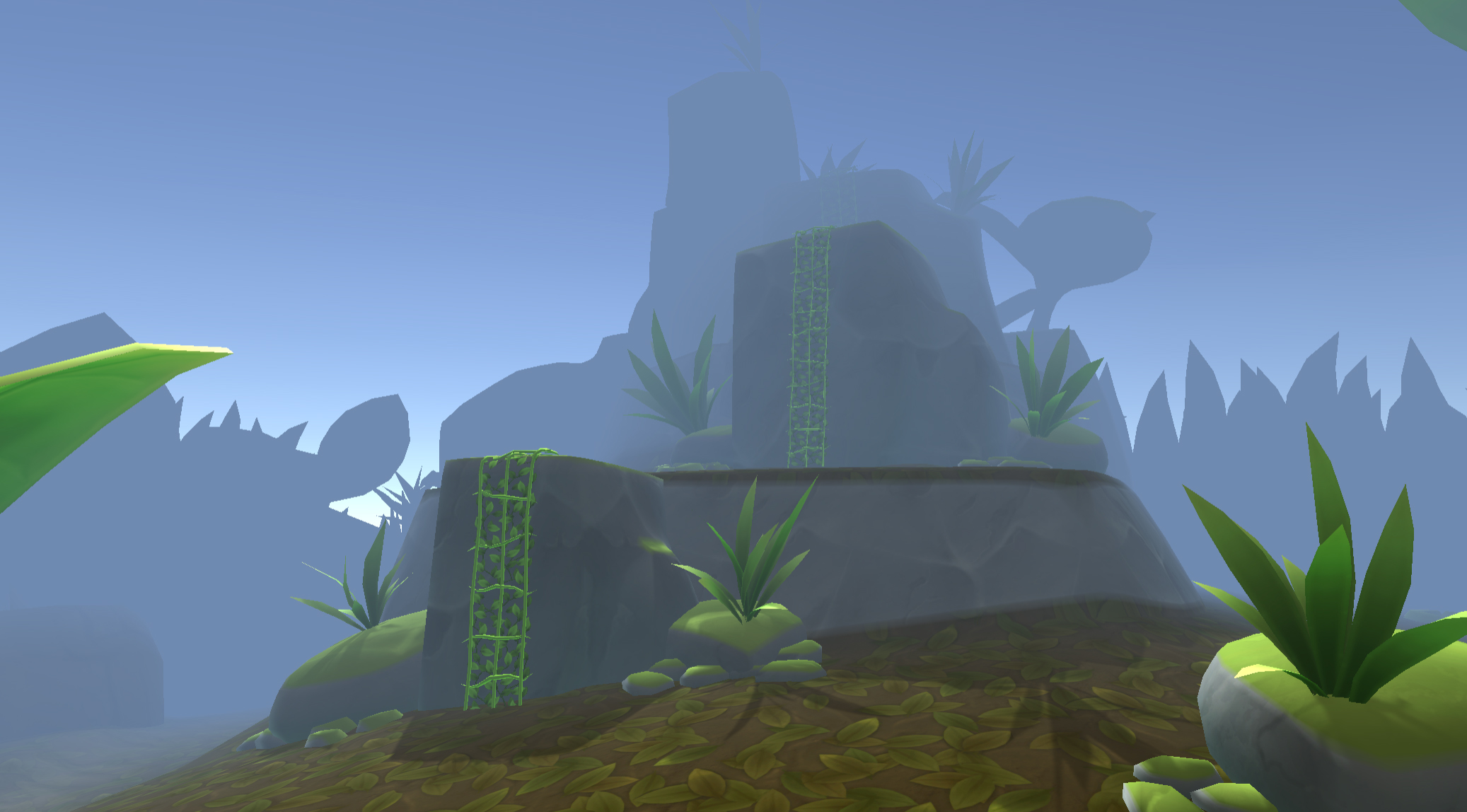 Currently there are climbable vines and ropes in every zone of the Mini Story Pack, along with plans to add some climbable areas to the existing overworld in the future.

The Treasure Hunt is something we haven't talked about before, but we are excited to talk about it now that it's more fully realized. Treasure maps will be available as drops off common mobs in the Mini Story Pack levels. Using these map fragments, explore each mini zone to find hidden treasure chests with rare items only obtainable through the hunt, including a mount, transmog head piece, pet, and furniture item.

You will have an opportunity to receive a map every time you kill a mob inside one of the MSP levels, with a maximum of 1 map per 24 hours (which resets every night at midnight CST). The maps come crated (There will be a different icon for crated maps vs reward crates) and will be tradeable until the crate is opened, allowing those uninterested in treasure hunting to sell or trade the map crates to others. The catch? The maps have an expiration time of 4 days (96 hours) from the moment they drop off the mob, meaning you need to either use the map yourself or sell it to others before it becomes worthless. Once the crate is opened, the map becomes soulbound and cannot be traded or sold.

To see how much time is left, hover over the icon in your inventory to see your tooltip, which will display the time left before expiration. (This feature is also available on all auction house listings for crated maps.)

Once you have your treasure map, it’s time to hunt. To uncrate your map, select the item in your inventory and hit the breakdown button, then equip it to one of the tool slots on your belt. Once equipped, grab the map off your hip and take your first look. The map is not a complete map of the area—only a fragment—but it will provide some important details, including the name of the zone the chest is hidden in, as well as some details of the general layout of the area in terms of rocks, plants, or other landmarks. You will likely have to use your adventuring skills (along with your player map, which can be accessed by hitting the “View Map” button underneath the status bar above your head), to determine its location.

If you have the map equipped to your toolbelt, the hidden treasure chest will become visible once you are within range. If you have the map in hand, your controller will start to vibrate as well. To open the chest, you must have the map in hand. When you do, simply walk up to the chest and it will open of its own accord and turn into loot. Though be warned: there are some rumors of dark magick surrounding some of the chests, so be prepared for the worst, just in case...

As mentioned above, finding a hidden treasure chest will offer a chance at 4 different rare items that won’t be available through any other means. You can hunt for the chest as a party, but only a player with that specific map will be able to see the hidden treasure chest and qualify for loot.

We are hoping that this mechanic will provide another reason to explore each new zone, in addition to completing the main questline and side quests. In total, there are more than 20 treasure chest locations scattered through the zones, so plenty of opportunity to explore! We plan on bringing this feature forward to future Mini Story Packs, as well as introducing it to the current overworld in game in the future.

In addition to these two new mechanics, we are also re-introducing (and improving upon) a questing mechanic from old Orbus that some will jump for joy over while others will groan when they hear: ESCORT QUESTS! This MMO staple has been missing since Reborn launched, but now we’re bringing it back better than ever with the Mini Story Pack.

This time, there will be two different types of escort quests: the tried-and-true “follow and protect the NPC from the bad guys while trying to keep them alive” type, as well as a new take on the mechanic where the NPC attaches to you (similar to your pet) and you choose the safest route to travel to your destination.

While this is not a new concept to MMOs, we have re-worked this system to function better and cause fewer headaches for the player. Like many before you, you will speak with the NPC, who will then lead you on a glorious path of death and destruction across a very hostile environment, until you safely deposit the NPC where they want to go.

Some improvements include: better NPC pathing (less getting stuck and running into imaginary walls), new monster spawners triggered by certain locations of the NPC (yes, more specific monsters, what could be better?), and cute NPC lizards to follow (who can turn down protecting these semi-sentient creatures?).

As mentioned above, the way this will work is the NPC will attach to you in place of your pet (if you had one out). This will allow you to pick the route to take, hopefully avoiding the hordes of monsters out for blood. This will also allow players to come up with multiple routes through areas, so that if they are killed taking one path, they can choose a different one that may have a better outcome. Although don't count on these NPCs to run from trouble. They have been known to cower in fear when attacked, and are often too scared to move until the threat of the monsters is eliminated. So if your plan was a speed run across the field with 100 monsters chasing you, you will need to re-think your strategy.

In addition to escort quests, you will also find all the existing questing types already in game. Get ready to search for clues, track down missing children, collect acorns, protect an outpost, take on evil bosses and more.

There will be at least 15 hours of new content in the Mini Story Pack, with more depending on the level of effort you put into collecting things like the Treasure Hunt loot, all gear sets, completing all side quests, etc.

As always, stay tuned for more information in future blog posts in the coming weeks!

The winter frost is thawing and all across Patreayl the trees are budding and the flowers blooming. Spring has…