Summer is right around the corner in Patreayl, and with it the height of the year-round fishing season. Dried fish are an important food source for the citizens of Highsteppe during winter, so they use summer to stock their stores from the bountiful waterways around the country. But with so many mouths to feed, the residents of Highsteppe could use a hand with gathering lure parts, catching fish, and making deliveries. Visit the Festival NPC, a local fisherman who is coordinating this year's fishing efforts, to start the Summer Fest questline and work your way towards earning a few fishy rewards. 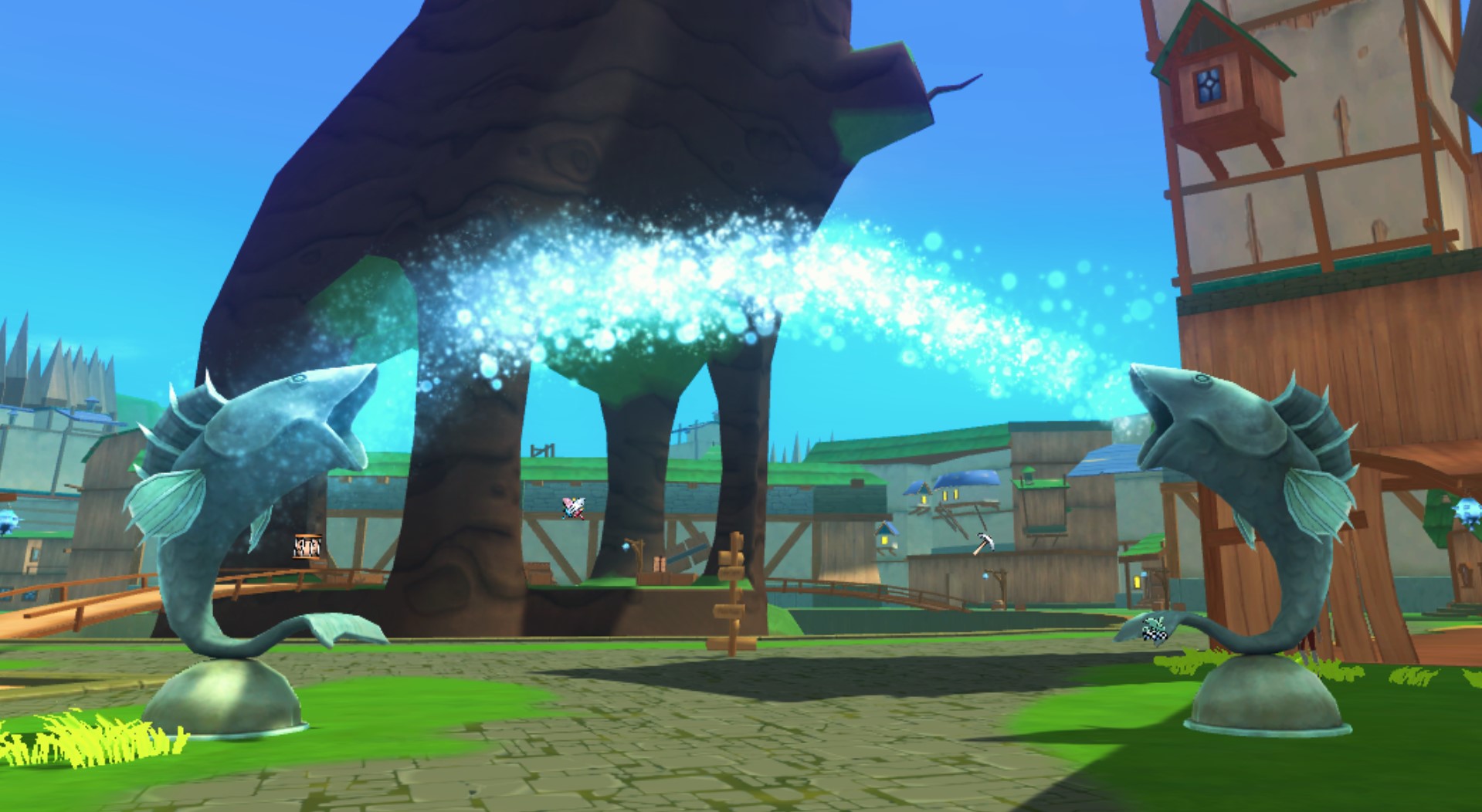 With the launch of the Summer Fest, we’ll be bringing back the original terrain OrbusVR:Reborn launched with last year, along with some additional props. We’ll also be introducing a few enemies at the start of summer, so keep your eyes peeled for packs of Undead when you’re wandering around, that will stay in the overworld even after the event ends to give more mob diversity to the world.

At the same time Summer Fest launches, we’ll also be launching Explore the Realm, a collaborative community event to unlock server and individual rewards that will run through October.

Since the cataclysmic events of 20 years prior, Patreayl has lived in isolation from the rest of the world, hunkered down in survival mode. But with construction of the new docks at Port Leisa in Hulthine’s Basin, budding trade relationships with the countries of Ottathamine and Parathime have begun, and with it Patreayl’s first steps toward rebuilding itself as a thriving nation.

What Patreayl lacks in organized merchant infrastructure, it makes up for in raw natural resources – and bold adventurers willing to gather them. But the monsters and Skavs choking the thoroughfares of Patreayl are sure to be a detriment to the quick assembly of trade needs... 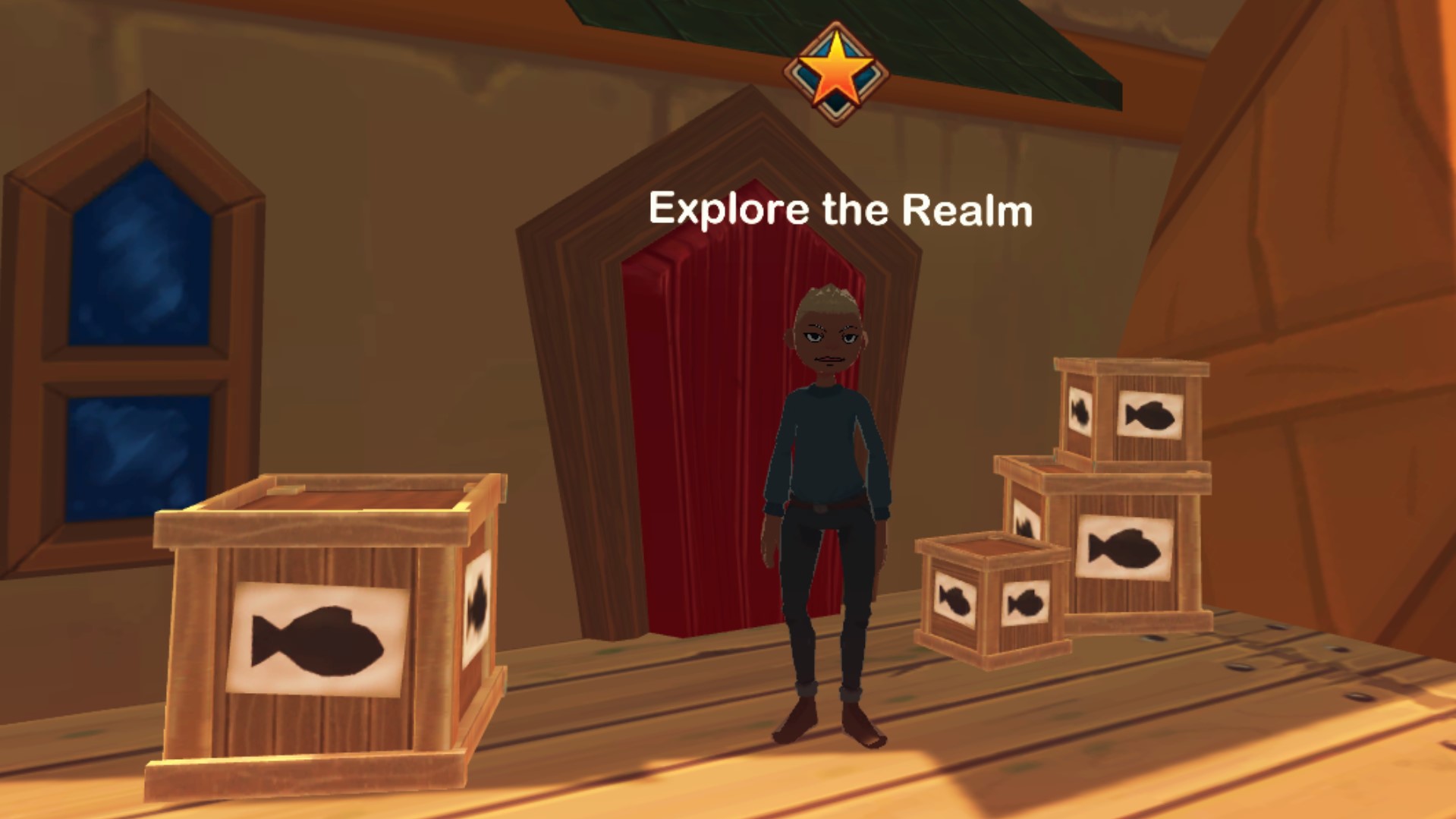 Each week of the Explore the Realm event you'll receive a new list of resources to harvest and monsters to kill, with each resource or monster worth varying point levels. A few things to know for when the event officially launches on June 23rd:

The Explore the Realm event will feature both personal and server-wide rewards. Personal rewards will operate on a tiered system so that even players who join the event during the last few weeks will still qualify for a reward of some kind. At the following point values you can earn:

As soon as you turn in the necessary resources/kills to meet a personal goal tier, the reward will immediately unlock and be added to your inventory. We'll release specifics and screenshots on each reward ahead of the event!

In addition to personal goals and rewards, we're also offering one big server-wide reward that the community will collaboratively contribute toward unlocking: a new zone!

Sailors on merchant ships have confirmed the rumors of a lost island off the coast of Patreayl, untouched and unspoiled – but overrun with gruesome specters. While the location of the island is known, it will take construction of a special boat to navigate the rocky shallows surrounding the island. As resources come in and trade continues to flourish, construction of the boat will move forward.

The new island zone will be filled with 4 types of elites surrounded by special monsters called aberrations. The aberrations will each have their own ability that work together with the elites to create challenging end-game group content for players that want to fight in the overworld. These aberrations will drop a special item (which will be announced in the coming months), along with other more rare materials and items.

Once the event launches, progress for the server-wide goal will be tracked on the OrbusVR website. Once the community reaches the server goal, the boat will complete and unlock the island. A patch with the new island will go out the Tuesday immediately following completion of the goal – meaning the sooner the community gathers those points, the sooner the aberration island will unlock. If the community does not reach the point total needed to unlock the island, the zone will launch after the Explore the Realm event has concluded at the end of October – although we are hoping that the community comes together and unlocks the zone earlier!

NOTE: If (and hopefully when) the server wide goal is reached early, the Explore the Realm event will continue through its original end date of October 27th, so you will still have time to get the personal rewards completed.

You will also be able to vote in-game for your favorite name (among a selection of choices) for the new island by visiting another NPC (Named Survey NPC) located near the Player House in Highsteppe. 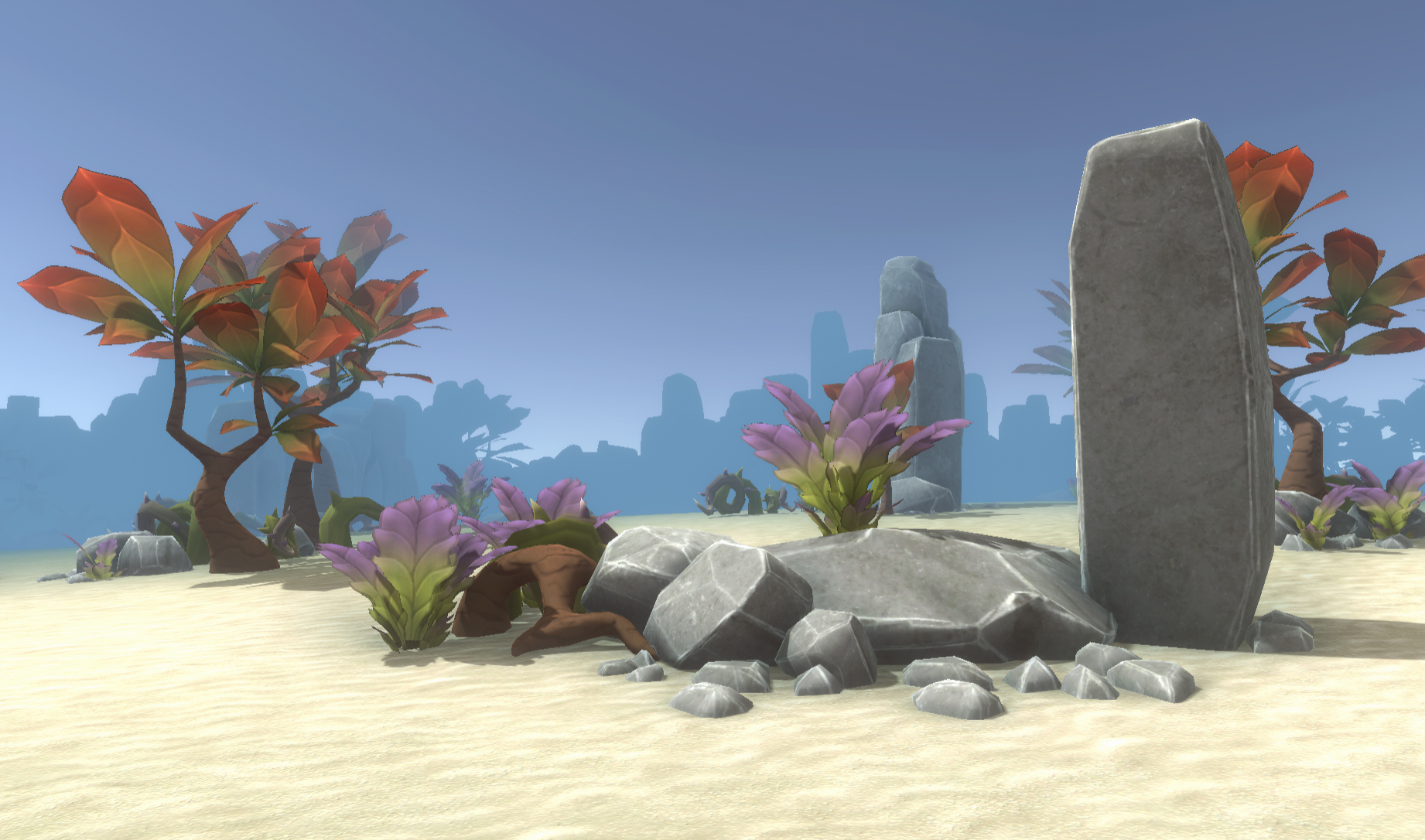 With the patch on June 23rd we'll also be releasing some economy tweaks. The first change we are going to make is increasing the cost of dram repairs. The current price is leftover from Orbus original days, where there were fewer opportunities to make money and dram was harder to come by. When we moved to Reborn, we introduced more methods of generating income, making it easier to stockpile dram – but we never updated the cost to repair gear. Currently, the cost to repair a level 30 helm with 320 durability is just 32 dram. As you can earn over 600 dram from a single mob drop in a dungeon, we feel that price is too low.

This is the first step we are taking on working on the economy, and we will watch the results and the feedback from the player base and adjust future plans as necessary. In the coming months we will talk more about a few new items we are adding, some being repeating items you will want equipped that will have durability which can not be repaired that will be an additional item sold and traded inside the economy.

As we talked about in a previous blog post, we will be introducing server-wide boosts that players can purchase and activate. These boosts are XP, Mount speed, and Luck. These are the same boosts that you have seen the developer team activate during special events, free weekends, etc.

Each bomb will last for 24 hours from the time it was activated to give all players on the server a chance to take part in the fun. There can only be one of each specific type of bomb activated at a time, but there can be all 3 types active at once (so there can be an XP, luck, and mount speed active at once).

These bombs will be available starting with the June 23rd patch, and can be purchased inside the Odds N Ends store inside the Highsteppe underground marketplace. We are hoping that these bombs will be something special to the player base, where groups of players can get together to activate bombs before boss events, raid runs and other events, and that players across the entire server will get to enjoy the added perks.

These items are considered high-end single use items that will help the entire server, with the prices as follows:

On top of the server wide bombs, we have also added a few additional mounts and tool belt item skins to the Odds N Ends dram shop. There is a new Dragon Mount in the shop for 500,000 dram, along with a Teacup mount for 50,000 dram. You will also find the different teleportation device skins for sale in varying prices of dram. 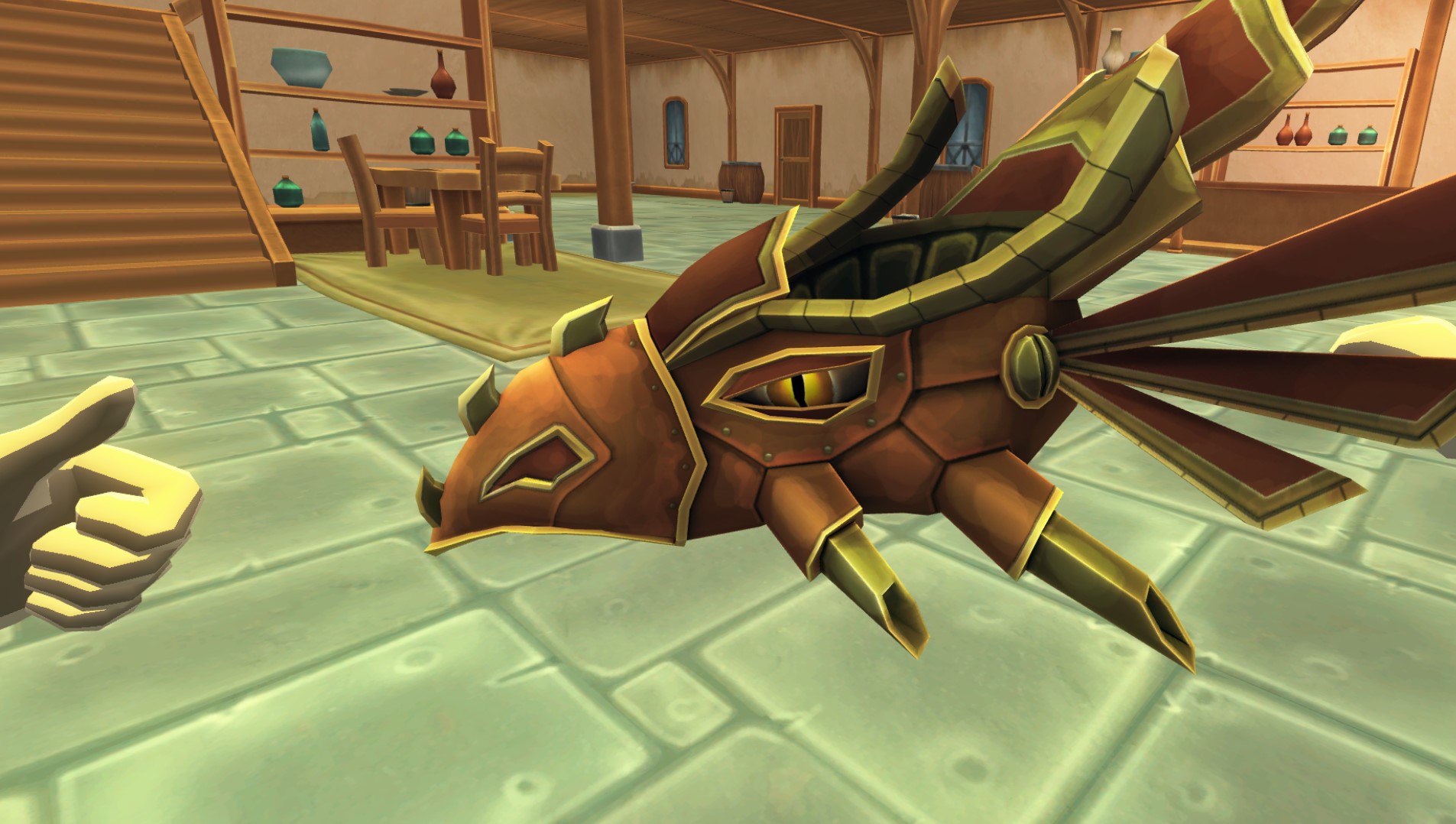 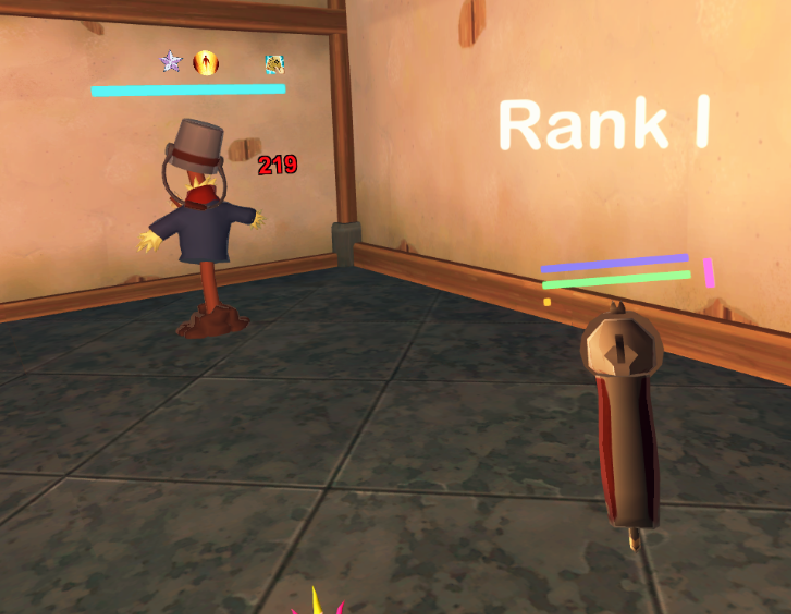 We have also made a few other QOL changes outlined in other blogs, with this patch on the 23rd there will also be the Scoundrel QOL change, moving the Ranking of the curved shot onto the gun itself. This should make seeing the ranking from farther targets more viable, and is something the community has requested.

Explore the Realm is Now Live!

Summer Fest and Explore the Realm are now both officially live! To start the Summer Fest questline, visit the…