With our first DLC out for a little less than a month, I wanted to go over what we have coming up for the rest of the year 2020. 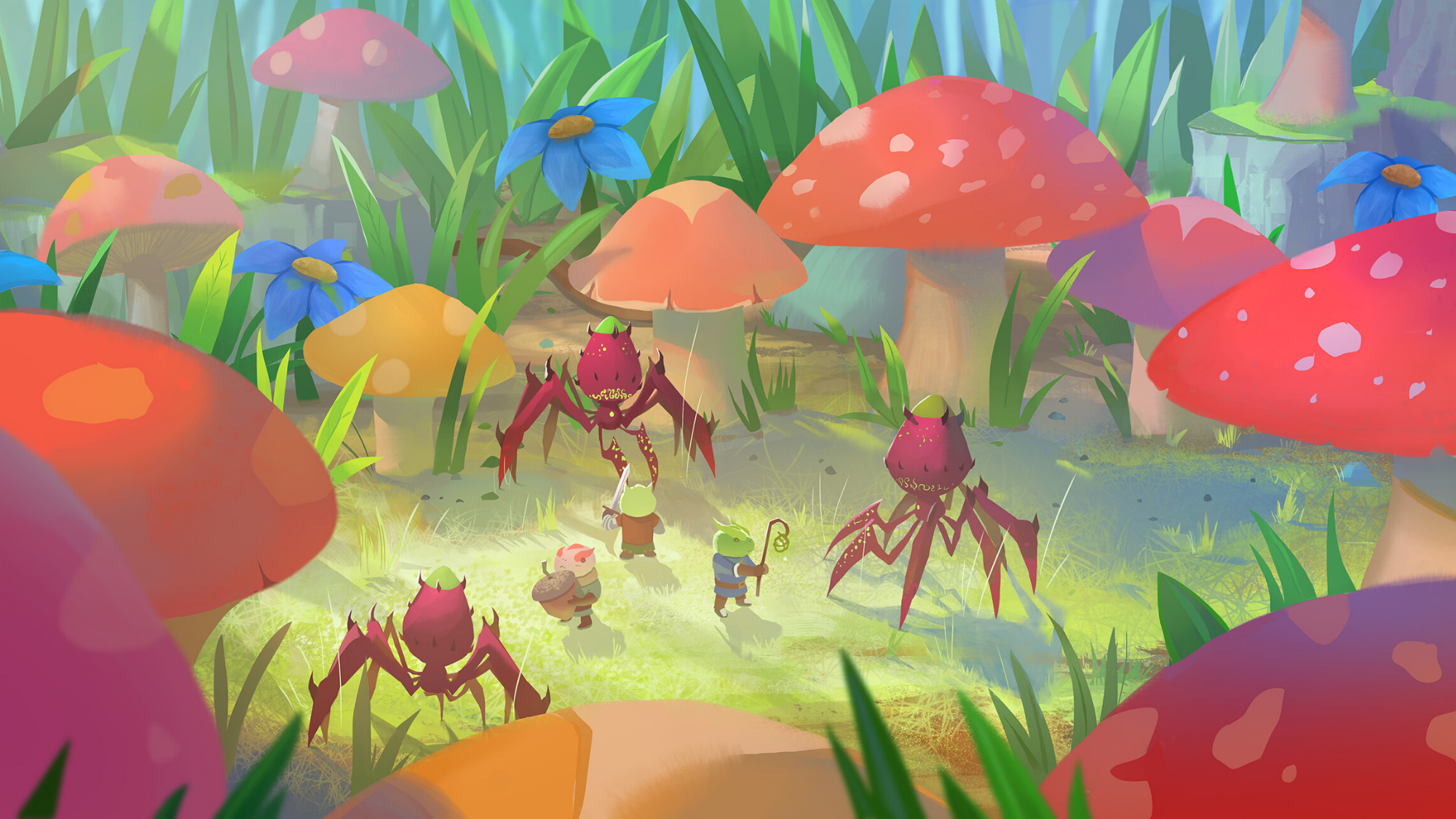 Before getting into the roadmap, I wanted to thank everyone that has purchased the Mini Story Pack and continues to support the ongoing development of the game. In case you haven't heard about the Mini Story Pack, you can find more information about it here. Purchase it from the in-game cash shop (piggy bank icon in player menu) to explore the 4 additional zones, as well as earn new mounts, gear, weapons, pets and more!

Since launching the Mini Story Pack DLC, we have been hard at work fixing bugs and crashes within the game. We will have an additional patch coming out next week with some more fixes, as well as a few more requested quality of life (QOL) changes, including now having the friends list sort by players online first and a Tinker chest "deposit all" button. Some of the QOL changes that are already live include updating the name placement of players and adding a visual indicator for scoundrel card slot, as well as many others. Through our internal bug reporting we have seen a drop in the number of de-syncs and crashes players are experiencing, but we will continue to work on these fixes to get those numbers as low as possible.

Summer is the fishing season in Patreayl! During the warm weather months, the citizens of Highsteppe come together to fish the bounty of the country's lakes in preparation for winter. Help gather enough resources to sustain the city through the colder months by gathering lure parts, making deliveries, and taking up the pole to do a little fishing yourself—all of which serve to make a perfect starting point for the Explore the Realm event that will dovetail with the summer fest (more detail below).

With the launch of the summer festival we'll be returning to the original terrain Orbus launched with, but with a few new additions in the way of trees, bushes, and props inside of Highsteppe and around the zones. Keep an eye out for more details coming soon.

Along with the summer festival, we'll also be launching an in-game event called "Explore the Realm." Those of you who were with us at the end of OrbusVR before launching into Reborn may remember the Defend the Realm event. Explore the Realm will be similar, but we took some of the feedback from the previous event and improved it.

I will go more in-depth about the event and how it will work in game in future posts,for those that didn't participate in the previous event, along with the rewards that will be offered. For a general overview of how the event works though, each week you will get a list of resources (like harvestables, ore, potions, etc.) that you can turn in for various points (for example, Queen's ear will be worth 10 points while Blimp fish will be worth 50 points) for up to 1,000 points each week. You will also get a list of monsters to kill with varying points for a max of 1,000 points a week. The list of monsters and resources to turn in changes each week providing new content to chase and resources to harvest.

During the event there will be personal as well as server-wide goals, so you will want to participate and earn points towards your own rewards, along with contributing those same points towards unlocking a server goal. We will be revealing the personal and server wide goals in the coming blog post covering the summer fest and the Explore the Realm event, but one change I wanted to note is that the personal goals will be tiered this time, so that even if you don't participate in the entire event, you are still accumulating points towards a personal goal (for example 10K points for a cape, 20K for a tool belt item, etc.), so those that start the event later won't be locked out of all the rewards like in the previous event.

I briefly touched on this in a previous post, but we feel that it is time we made a few small tweaks to the economy. While we will go into more details in later posts, a few of the changes we will be making include adjusting the cost of repairing gear from, adding additional items to the dram shop, adding in some higher-priced onetime use items, as well as a few other tweaks including some repeating items you will want equipped that will have durability that can not be repaired. These will be rolled out incrementally with other patches so we can watch how they will affect the economy and make changes as necessary.

One of the items that will be added to the game are server-wide boosts, like what the developers activate during special events. When these roll out, players will have the power to give the entire server an XP, Mount Speed, or Luck boost at a hefty price of dram. The boosts will last for 24 hours to allow all players on the server to take advantage. Only 1 boost of each type will be able to be activated on the server at one time. (So only 1 XP boost can be active at a time, but an XP, Luck, and Speed boost can all be active at the same time.) These will be high-end, single-use items players can activate for the entire server, and once activated will display the name of the player who activated the boost across the entire server. 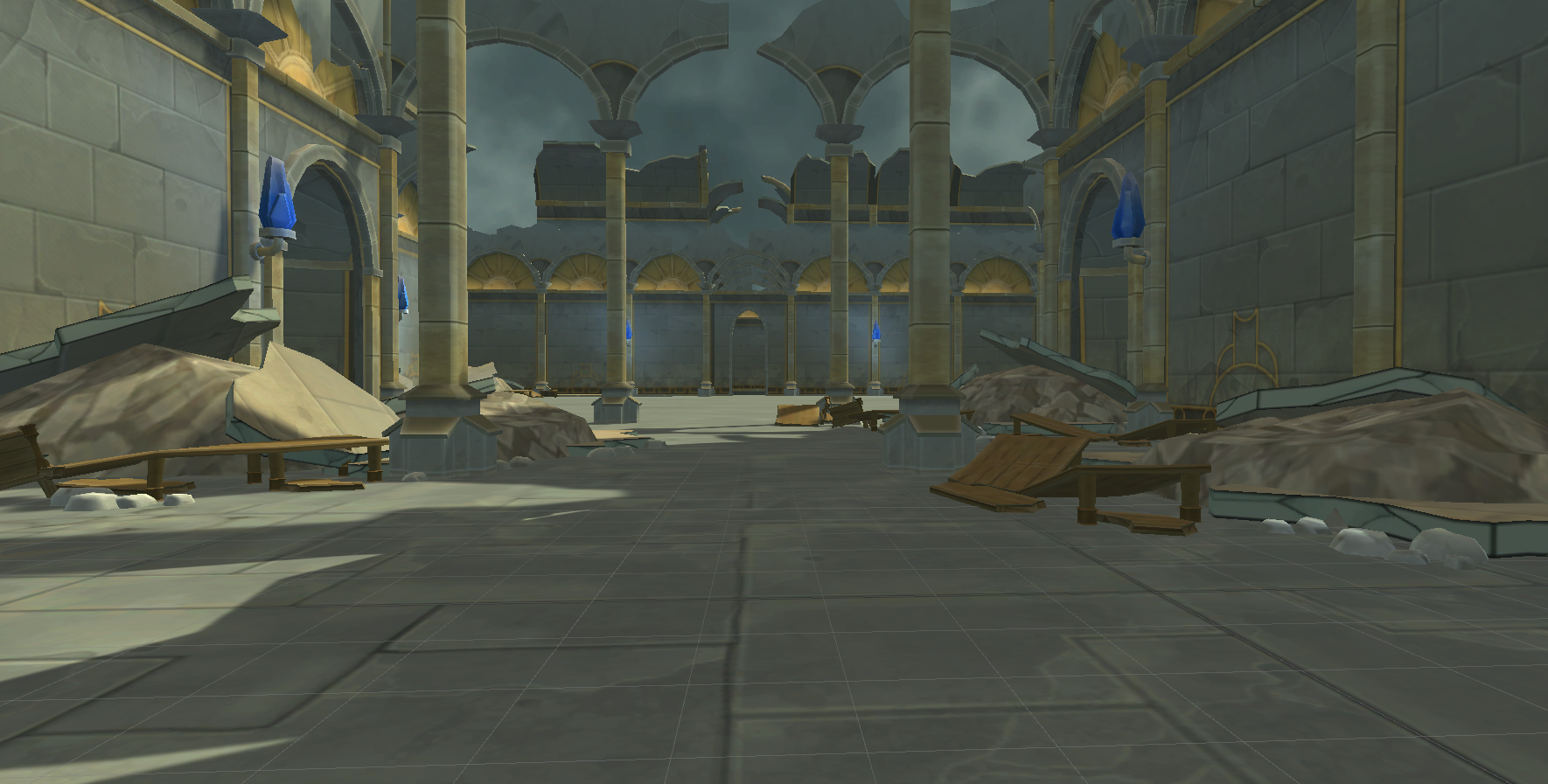 Coming in Q4 2020, the Citadel Raid will see players go through the broken citadel at the end of the current Guild City Raid (already in game). Players will have to fight through the broken and crumbling wreckage of the Citadel to find the devious ruler of Highsteppe and get to the bottom of what has been happening behind those closed doors. We will also be looking into doing some class re-balancing (adjusting numbers, not re-working class mechanics) before the raid comes out.

If you read this far into the blog post, I wanted to give you a reward, which is a look into the Explore the Realm server wide goal. The goal will be unlocking a new "Island" that you will be able to venture to and explore. But be careful as there will be Elite packs roaming these lands (similar to the Aberration packs).

I will be doing a Q&A blog post in the next week or two to answer questions over the roadmap, along with a blog post to go into more detail on how the Explore the Realm event will work as well as the rewards, points, etc.

We are looking forward to the rest of 2020 and what it has in store for Orbus and our community, and are excited for the content we will be bringing to the game as free content add-ons.

Mini Story Pack #1: Secrets of Mugwood is now live! The Pack can be purchased for $9.99 through…