The updated Highsteppe will be coming out in a patch on Tuesday, August 31st. For a preview of the many upcoming changes, we turn to the pages of the Highsteppe Enquirer and their in-depth coverage on Highsteppe and all things Patreayl.

HIGHSTEPPE, PATREAYL - By edict of Markos of Runevale, recently returned to sanity and consciousness from the clutches of evil sorcerer Sephotep, the city of Highsteppe has been renovated in order to match the splendor of Patreayl!

Gone is the hodgepodge, ramshackle style of old Highsteppe. The raw timber and salvaged materials have been replaced city-wide with stone, glass and new wrought iron work crafted by our very own Master Smith. 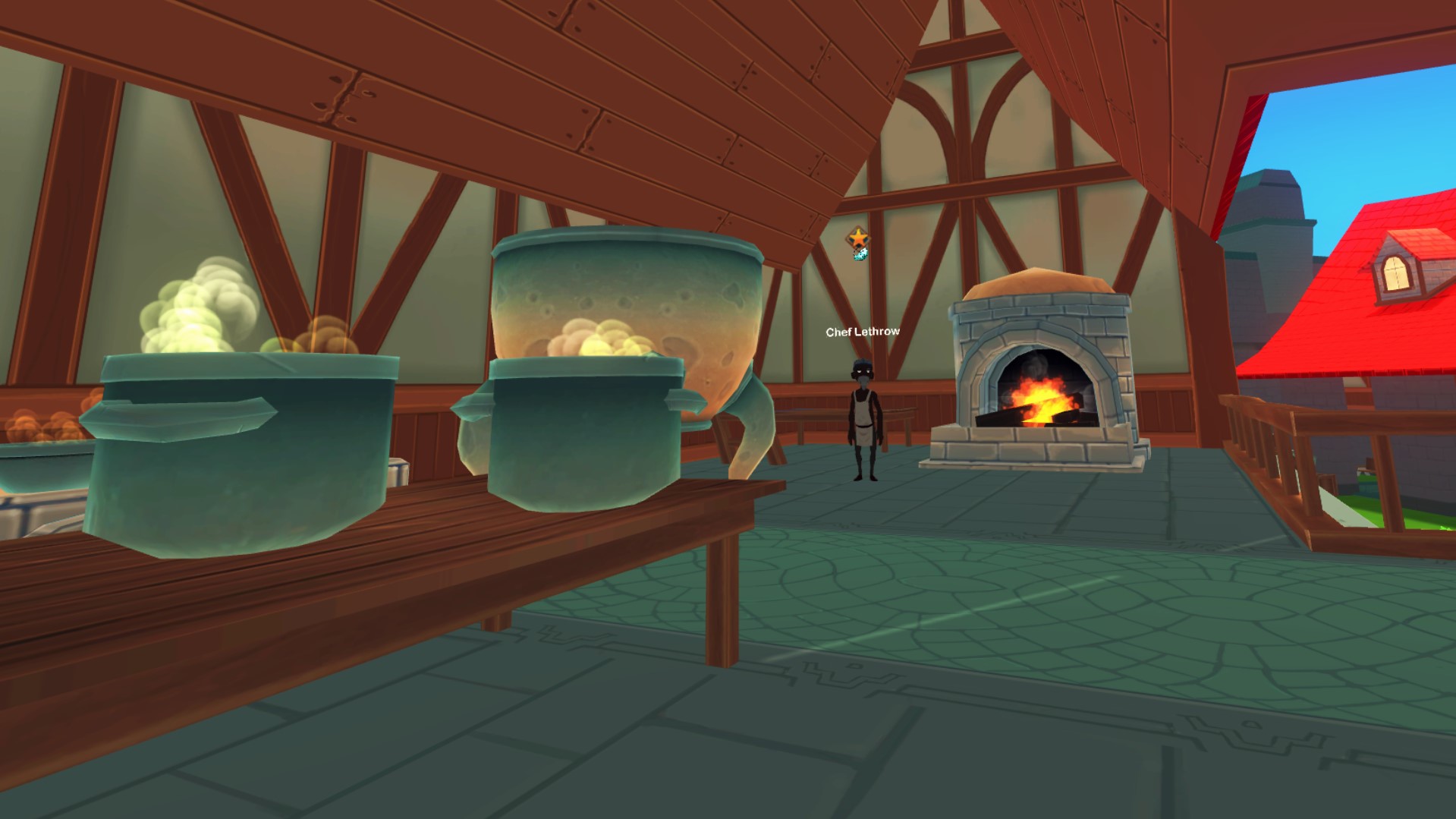 Mayor Kaia finally has her own office for conducting her mayoral affairs, and Pierre Cenn’s shop has received a facelift. Chef Lethrow’s kitchen has also received a major upgrade, with ample space for his cauldrons and cooking stoves, a necessary change as the chef has more mouths to feed with the ever-increasing population of the surrounding area. The Chef is helped in his culinary pursuits through the salvaging and harvesting efforts of Whisper, who has expanded her shop to include extra space for drying herbs. 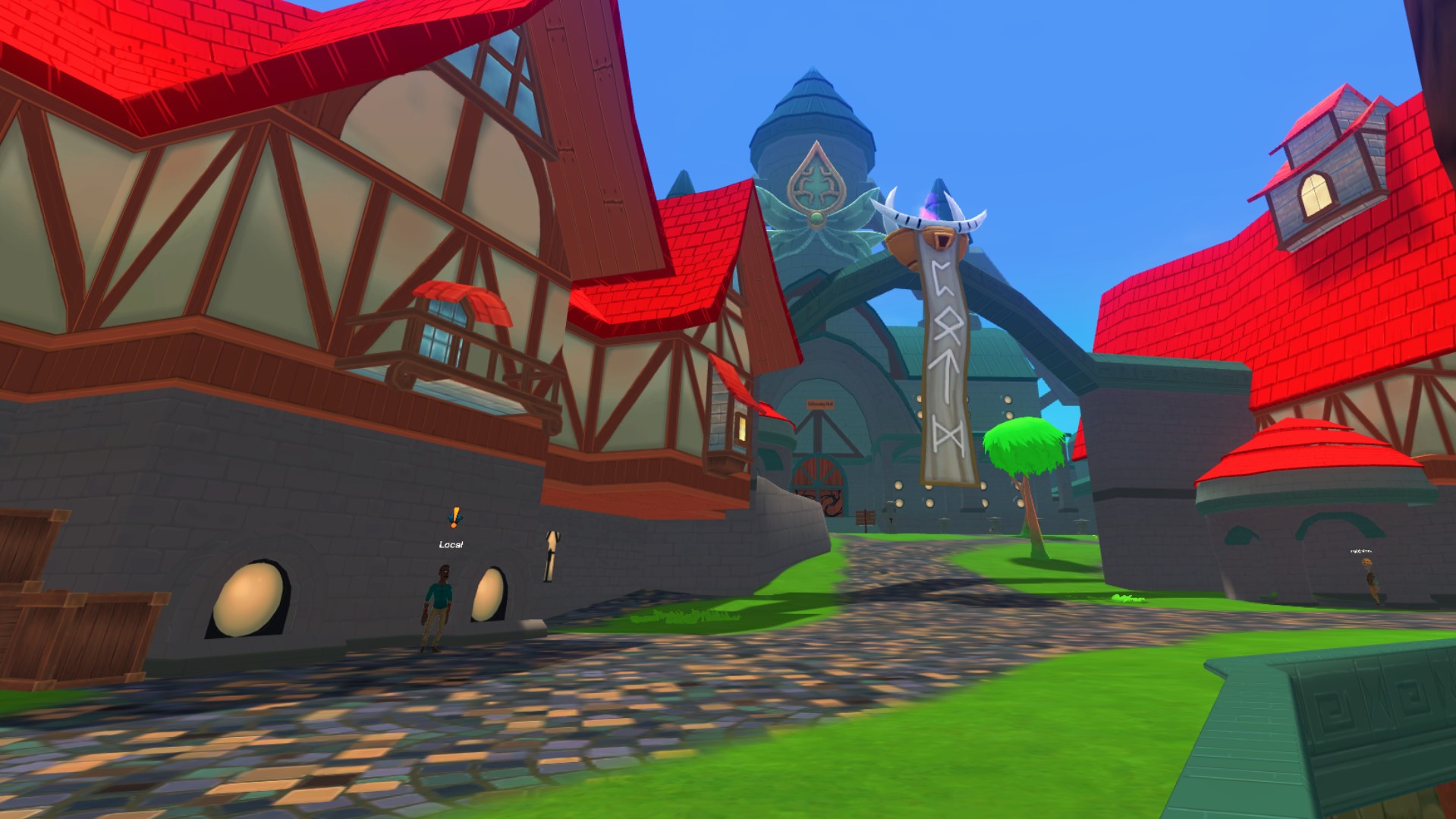 Even your very own Highsteppe Enquirer has new offices, though our request to be moved off the side street into the thick of town was denied, so you will still have to visit us next to the airship dock to submit any bits of news or gossip for your local reporter. And speaking of the airship dock, the newly constructed dock offers a breathtaking view for the adventurous spirit willing to clamber all the way up there. (You will quite literally have your breath taken away after climbing to the top of the new dock. It's quite tall.) 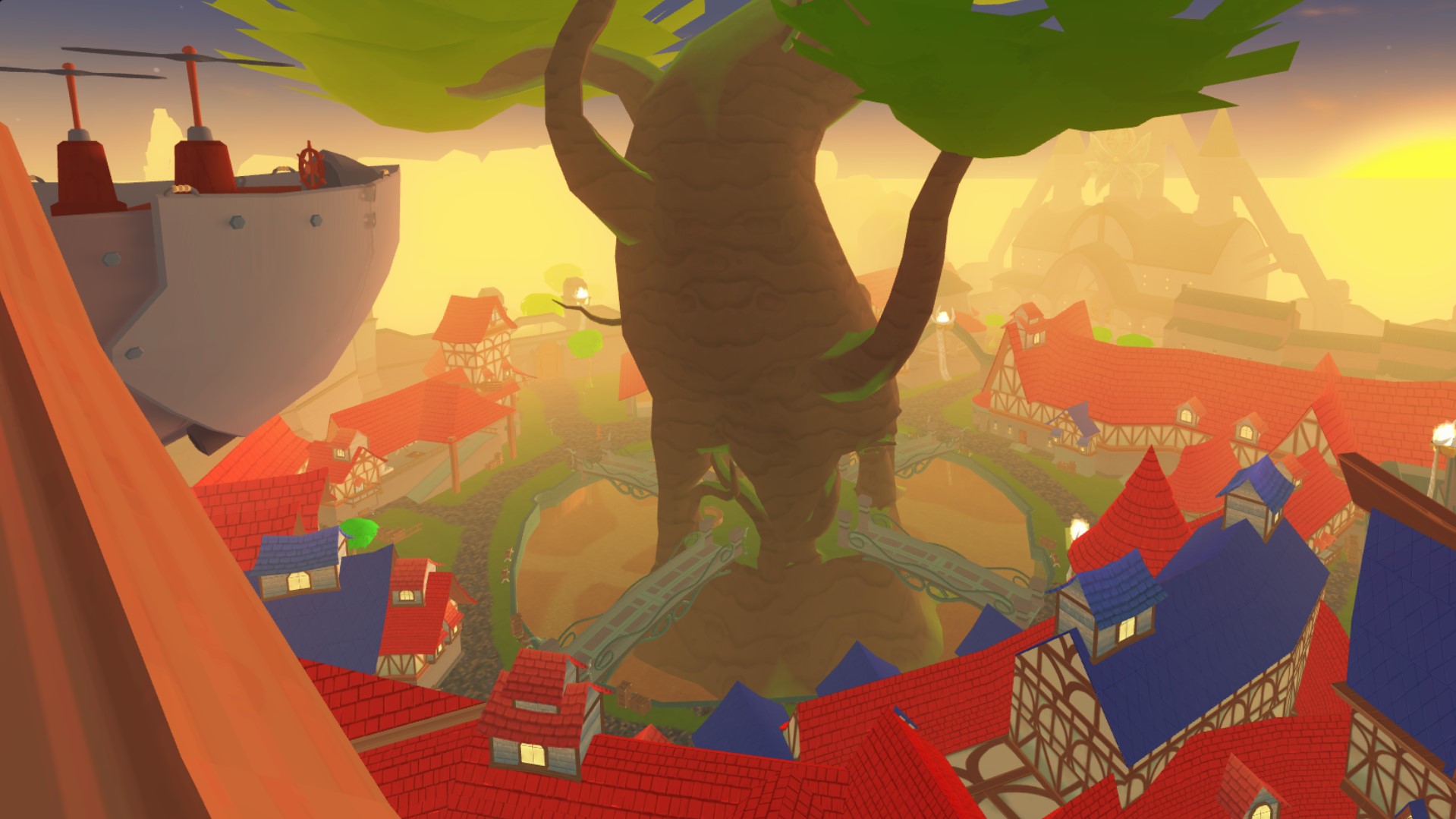 View of Highsteppe from the top of the new airship dock

While the pathways through town have mostly remained the same, some unidentified person in city planning made the questionable decision to put a bank of new housing next to Mayor Kaia’s office, so all residents will now need to take the new tunnel off the bridge from the center tree in order to access the far side of town. This change has also created a dead-end alley behind Pierre Cenn’s Critter Capture shop, which no doubt will create a gathering place for the town’s riff-raff. 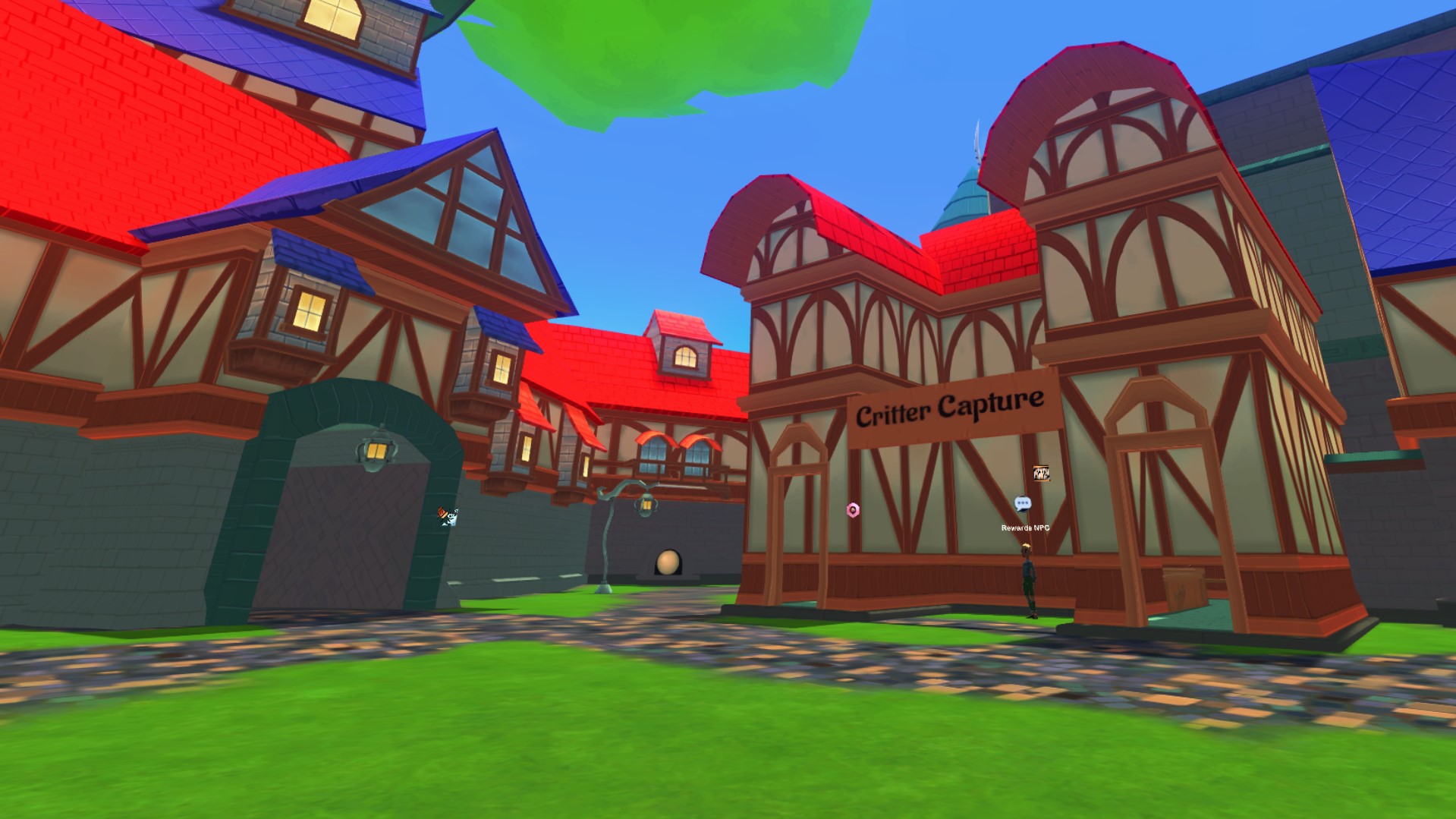 Trade with the Ottathamine and Parathine empires has been steadily increasing in recent months, and the payoffs of this prosperity can be seen all over town, from the new cobblestone walkways to the exquisite fountain under the Guardian tree to the peaks of the refurbished Fellowship Hall.

“It’s about time this city reflected the wealth of our empire,” Markos told this reporter. “Gone are the dark days!”

Not everyone believes the dark days are gone, however. The new stonework seen on buildings around town is echoed ten times in the newly strengthened stone walls of the city - which begs the question, if Patreayl has really returned from dark times, why are we strengthening our walls rather than venturing beyond them?

“Dunno what Markus is talking about,” said Rodolphous Dungbar, aged 36 of Highsteppe, who is always good for one off-color remark. “Last time I set foot outside the gates, a bush damn near took my head off.”

The countryside is no doubt still overrun with monsters and Scavs, though you can’t say that the wealth of monsters hasn’t translated itself into a wealth of another kind. All it takes is one look at Darius’s renovated shop to see that business is certainly booming for the Sphinxian bounty hunter. Inside you’ll find a menagerie of Patreayl’s finest monsters on display. Darius has even gone to the effort of organizing them by region of the country, so the city's intrepid explorers can see what fiends and foes await them in the lands beyond. 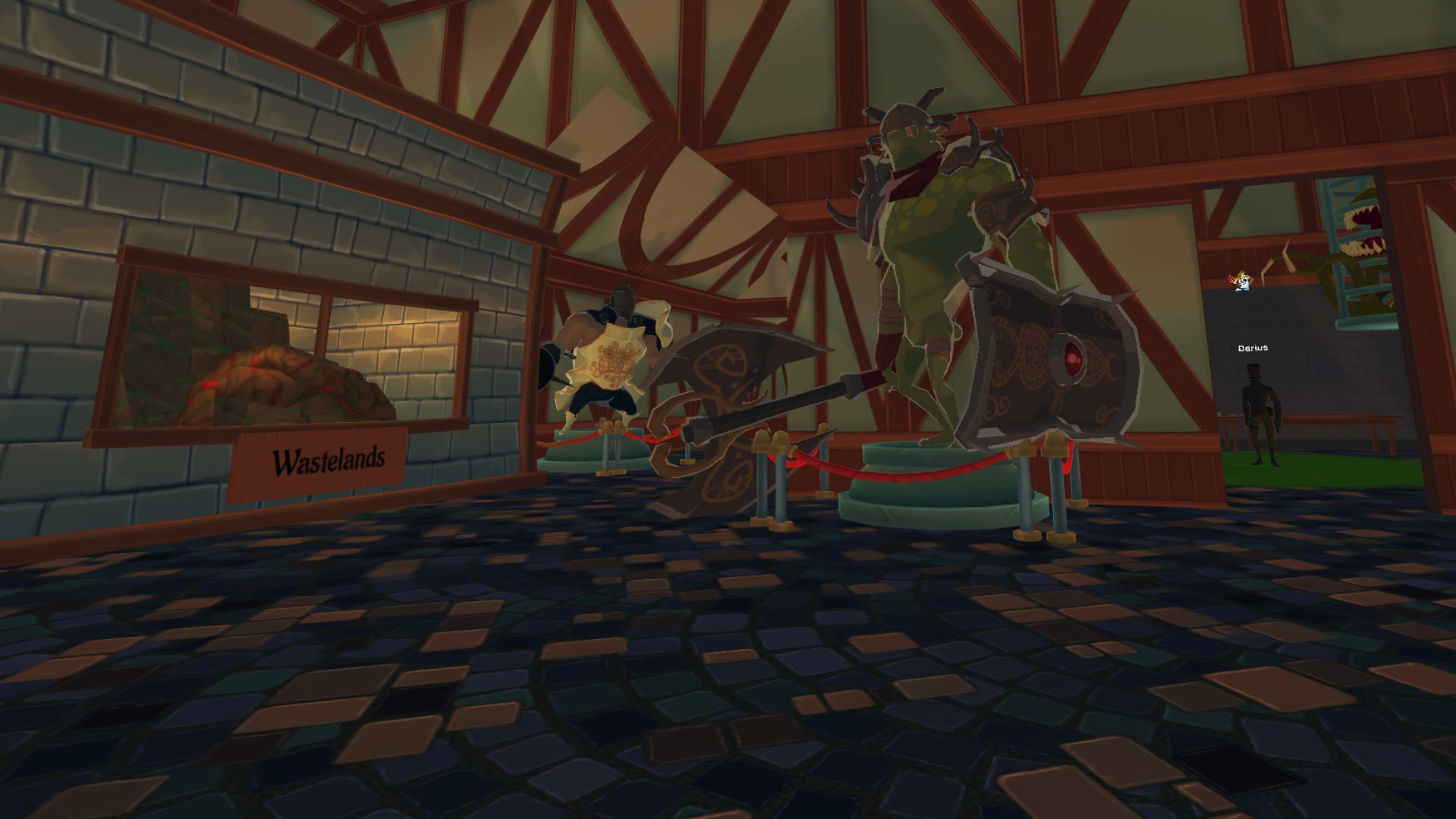 Speaking of the lands beyond, not all new construction has been relegated to inside the city's walls. The risk of monsters hasn't stopped Farmers Sam and Jonce from reestablishing their farmsteads in the Highsteppe Hills.

“After so many years of lying fallow, the soil in the hills is at its finest. I think we’ll see some of our best harvests this year,” said Sam, whose humble homestead can be found in the foothills of the path up to the plateau. “I’ve been working sun up til sundown since moving out here. Might have to advertise for a farmhand soon. Say, does the enquirer have a classifieds section?”

But whatever you do, don't take this reporter's word for it. Get out and explore your own town!

The Highsteppe Update Patch will release on Tuesday, August 31st. We will have more information about content in the rest of the patch in our next post.

The Highsteppe update is now live! We covered the changes fairly extensively in our last blog, so for more…

It’s been awhile since we last put out an official roadmap, so here is a look at what…