In our next patch we’ll release the first Chaos Dungeon of 2022, K’tula’s Cove, which will feature all-new enemies in an eerie underwater zone.

Deep in the heart of the Flooded Rainforest, the veil between worlds is thinning. Is it the presence of the Weird Sisters, interdimensional travelers, that has led to the phenomenon? Or perhaps a greater force is at work in bridging the gap between worlds. Whatever the cause, a portal has opened, beckoning Patreayl’s strongest and bravest to step through. On the other side: K’tula’s Cove, sanctuary of the god of chaos himself. 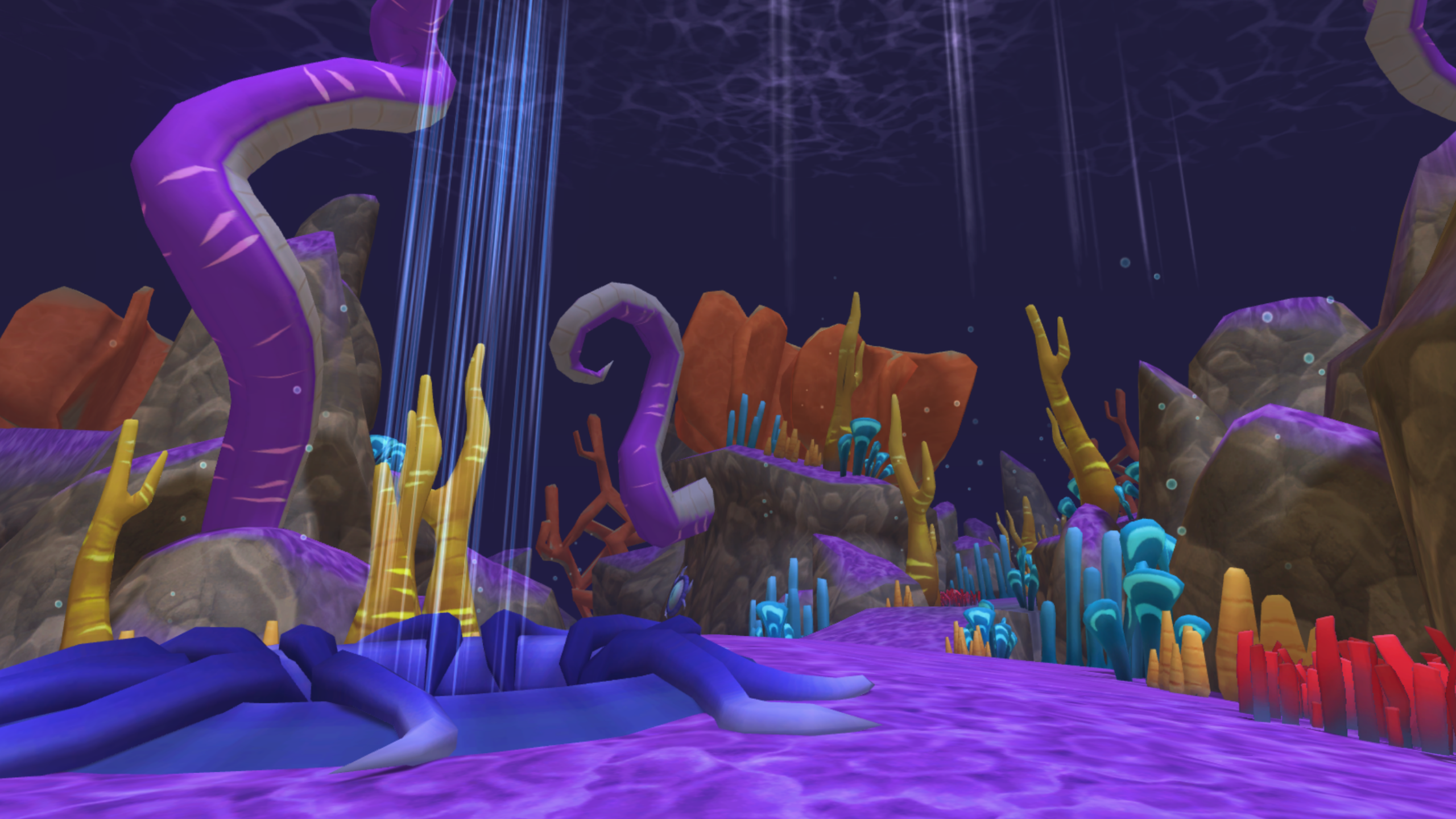 K’tula is the god of the cosmic ocean, a great swirling nebula of stars from which all life was originally fashioned. He also controls the waters of the universe and as such is worshiped by the fishermen of both Taella-Oso and Taella-Bruha.

“Great Ktula, god of the cosmic ocean, we implore thee: channel the waters right, direct into our path a miraculous catch, and rot the bounty of our enemies.” - from the Scriptures of Ktula

Below the surface the cove looks tranquil, but the presence of Patreaylians for the first time in years has sent a ripple through the waters of this peaceful pocketworld, disturbing the rest of some of K’tula’s most trusted minions.

The dungeon will feature two bosses. First up is the Water Wyvern. Escaped from the fighting arenas of the Rattigard realm, the Wyvern came to K'tula's Cove looking for peace – but it doesn't take much to stir the rage of this former fighter, whose wrath is plentiful.

Delve a little further into the cove and you'll stumble across the lair of the second boss, King Kar'Nos: a crabby crustacean with a penchant for destruction that's as sharp as his pinchers.

Each of the bosses feature a couple of new mechanics that we hope you all enjoy discovering!

And while you're at it, watch out for the environment itself! It will certainly be watching you...

K'tula's Cove Chaos Dungeon will launch late May 2022. We'll have more details on new armor and pets closer to the launch date!

K’tula’s Cove Chaos Dungeon will officially launch on Tuesday, May 24th! Complete the dungeon for a chance…

Our April patch, featuring the updated Player House, new tutorial for beginner players, and a brand new questline, is…