After months of hard work by the community, the server-wide Explore the Realm goal has finally been reached, which means the new island zone has been unlocked and will launch next Tuesday, September 29th!

Since the Dev team made the decision to move to larger-but-fewer patches to maximize our time, it's been a few months since our last major patch. As such, when the patch goes out, you can expect to see A LOT of new content. We've been previewing new features on the blog over the summer, but today we wanted to round up every single new feature coming out with the patch so you know what to expect.

Once you're on the island, there is no NPC to pay to take you back home, so make sure you have a home teleportation device in your inventory or a runemage in your group. The island will feature one NPC though, an apprentice smith so you can repair your gear without having to leave the island.

The island is designed as endgame content for groups of 3-10 players. Enemies range from lone trash to packs of aberrations empowered by elite enemies, with levels ranging from 33 on the "easy" end up to the island "boss" at 37.

The risk is great, but so are the rewards! The level 3 bracers of health, wisdom, and stamina that we previewed last month drop off of the elites—though if you want all three, you'll have to make your way around the island, as different elites drop different bracers, and each elite has marked out its territory in a different section of the island. In the middle of the island lies a cave, and deep in the cave lives the Shadow Keeper. Slay the Keeper and you'll have a chance to earn an island cape: the cloth of true victor. 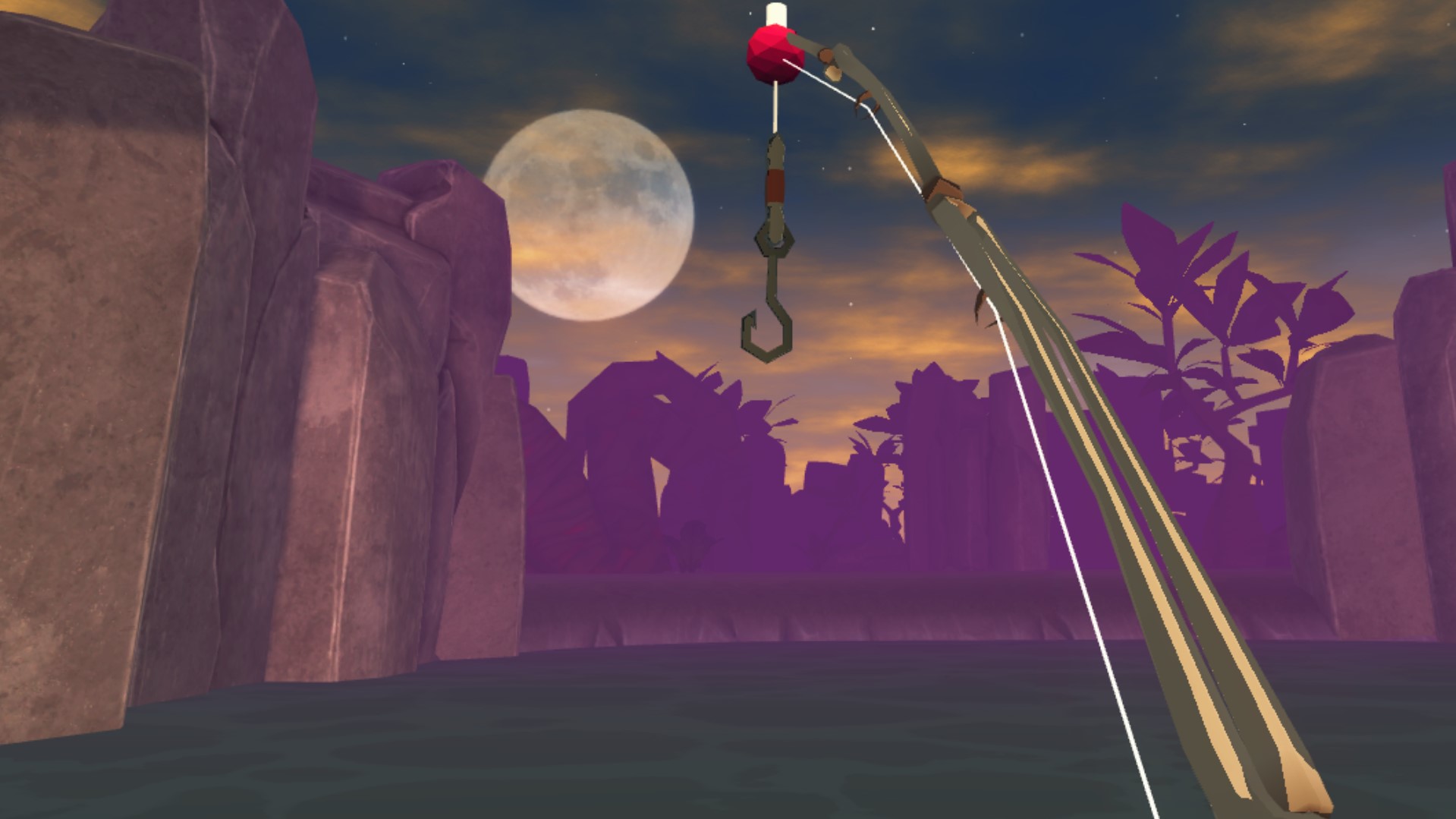 The aberration packs will also drop a special “Bone Spur” fishing rod—crafted from the limbs of one of their victims?—as well as a special Aberration major dye in a vibrant red. There have also been rumors of a strange wolf with red markings running free on the island. Slay the right monster, and you may have a chance to make one of these wolves your own.

The island will also feature some harvestables, as well as ample fishing spots.

Another major feature debuting with the island patch is the introduction of long-term missions. Inside the Highsteppe tavern you'll find a new NPC who will give out five long-term missions: critter capture, harvesting, kill monsters, public events, and fishing. Each mission will have its own special reward for completing. Kill enough Scavs on your kill quest to earn your own Scav chest armor. Harvesting and fishing both have practical rewards: for the harvesting mission you can earn the Khopesh scythe harvester, and for fishing the Abstract fishing rod. 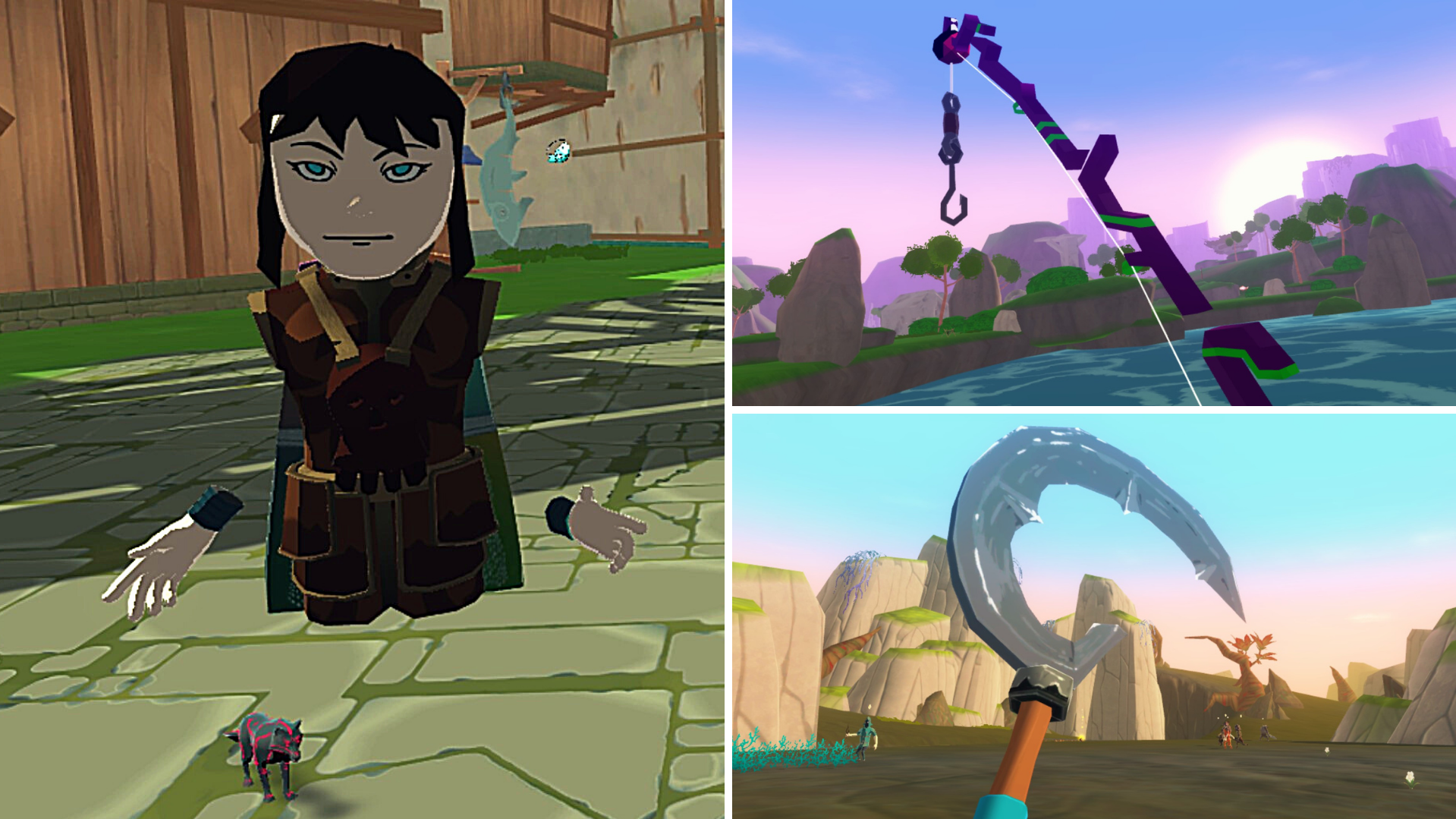 Perhaps our favorite long-term mission reward though is this adorable pocket squirrel teleporter, which you can earn by completing the long-term critter capture mission. 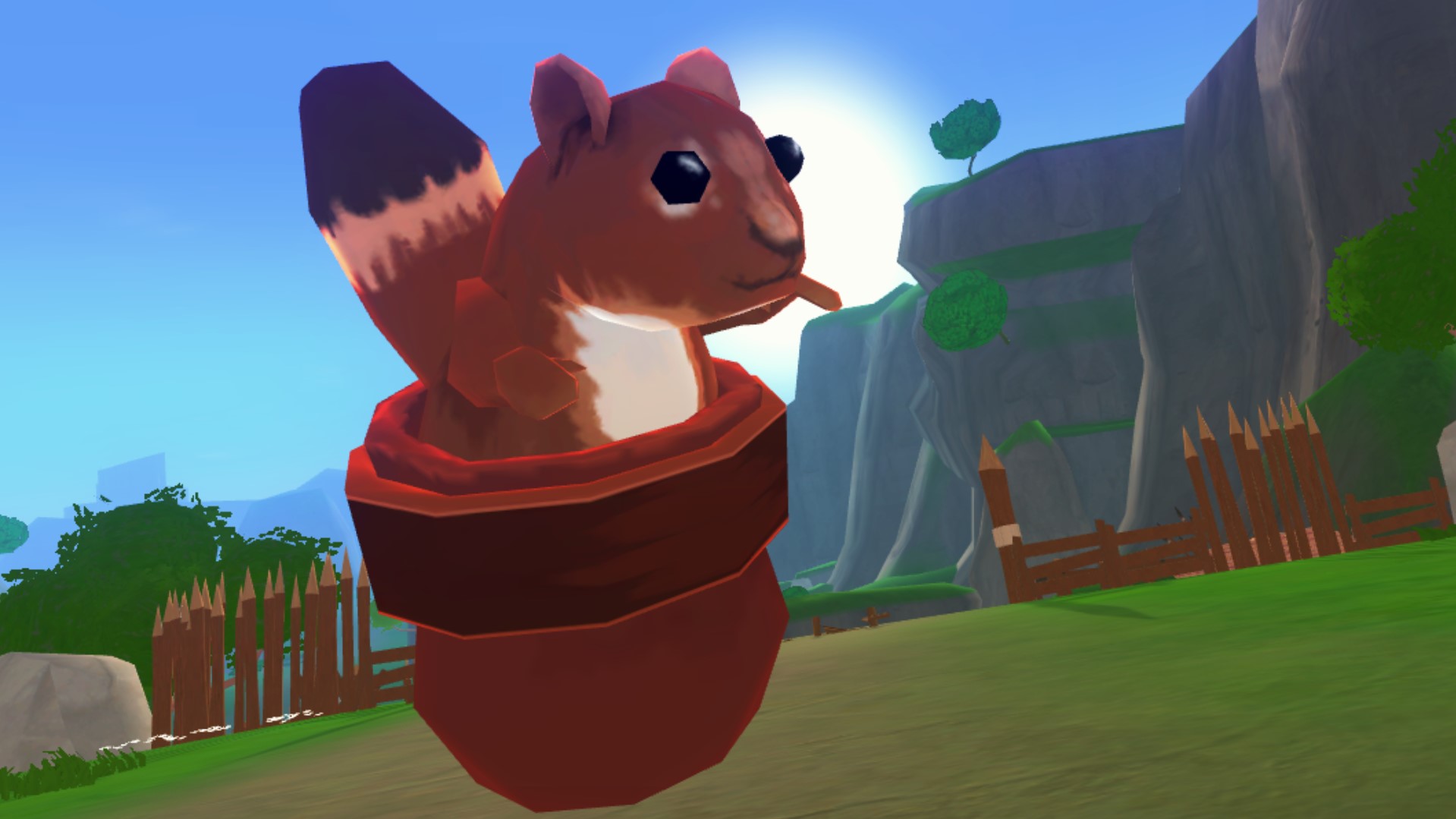 Check out the original Long-Term Mission post for a pic of the public event reward: a jet pack mount.

We’ll also be adding new rewards to a number of other avenues. With the patch, you'll now have a chance at a windup miniature version of each world boss when you kill their enraged versions, giving new incentive to world boss events. 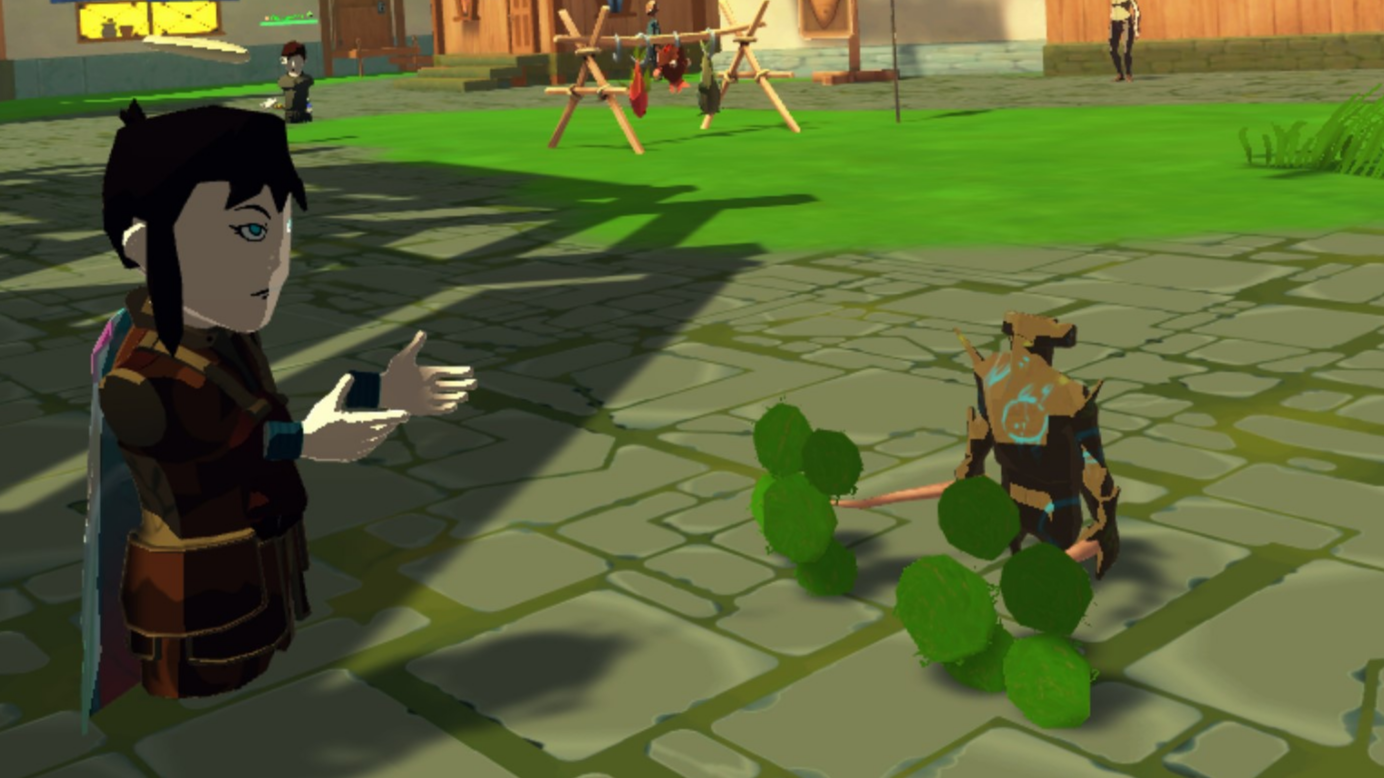 The G.R.I.N.D.I.N.G. device is also getting some love with the addition of two new rare rewards, a Sword teleporter and a Skater mount. 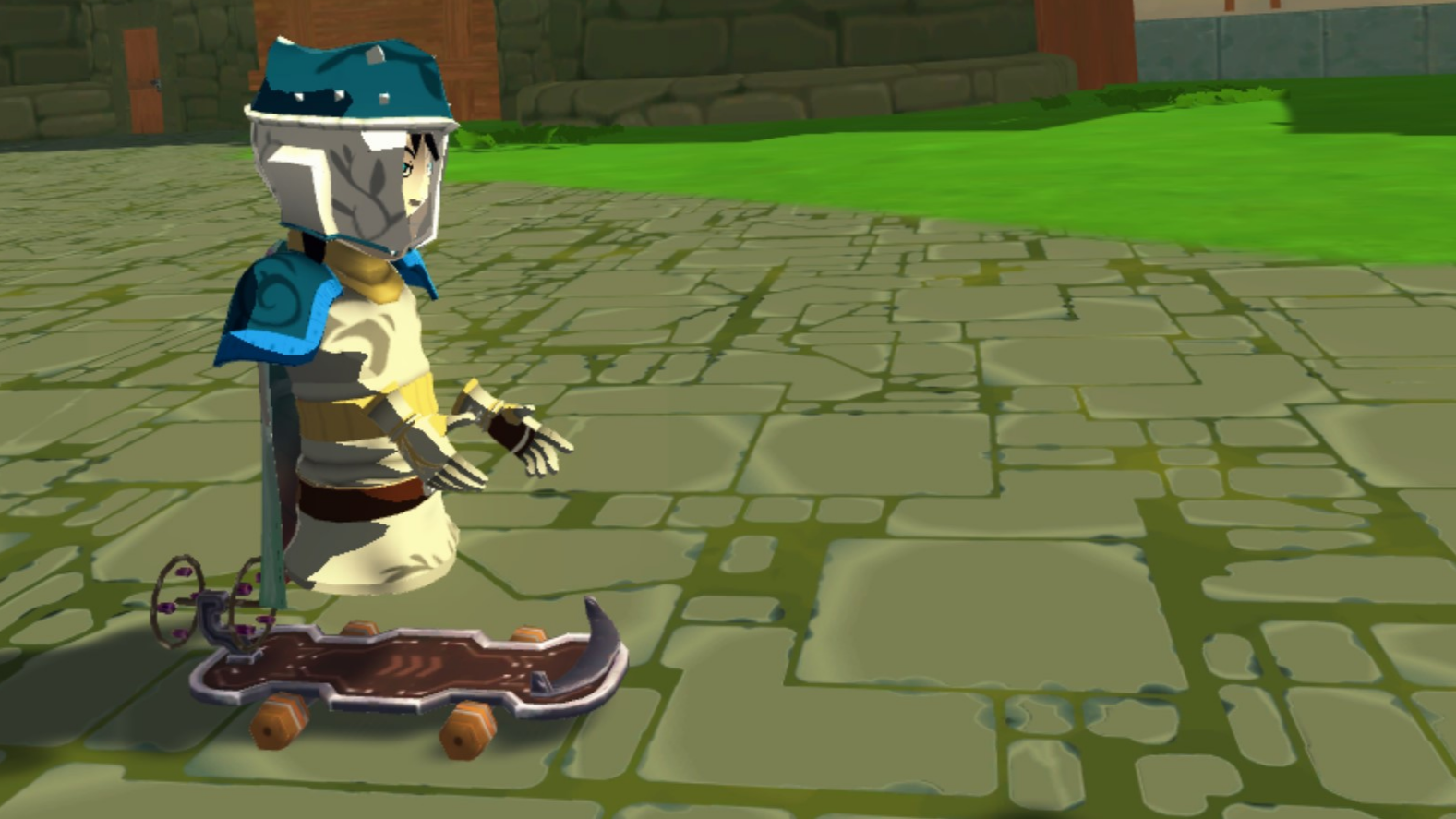 With the island patch, the overworld is about to get another rewards avenue, too: the Treasure Hunt! If you’ve played the DLC “Secrets of Mugwood” (available through the in-game cash shop), you’ll already be familiar with the concept of the Treasure Hunt.

The short version is: every time you kill an enemy in the overworld, you’ll have a chance for a crated treasure map to drop. In their crated state, these maps are tradeable, but once broken down and opened, the map becomes soulbound to your character. Equip the map to one of the tool slots on your belt, then pick up the map to view an aerial shot of a small section of one of the overworld’s zones. With the map equipped to your belt, the treasure chest should pop up if you are within range of its hidden location. In order to open the chest, however, you’ll have to actually hold the map in your hand. But be careful! These chests have been known to be haunted by treasure-loving mimics, and in order to gather your bounty, you’ll have to defeat the mimic first. 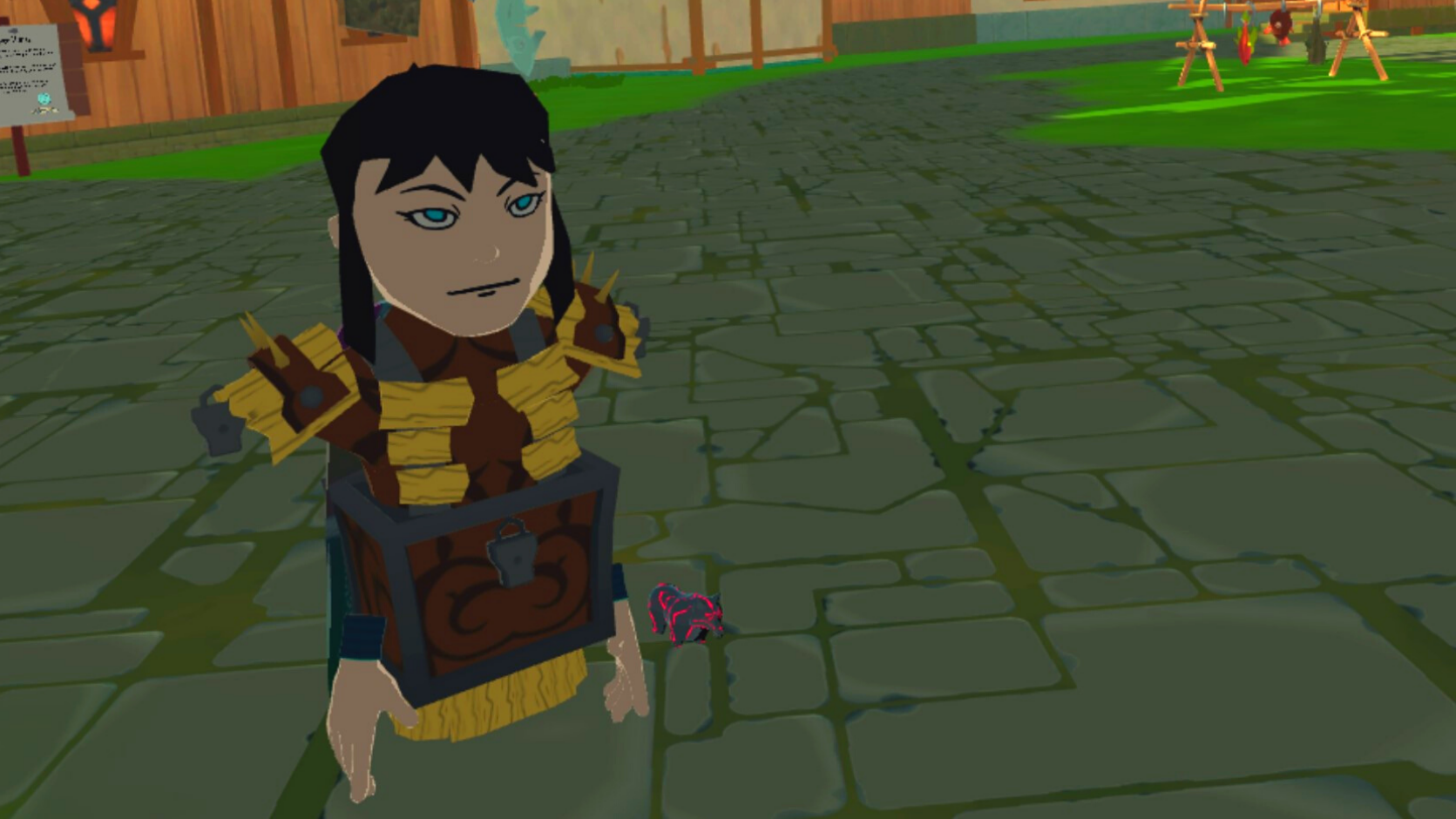 Once opened, you’ll have a chance at potions, dyes, resources, and dram—or one of the finds unique to the Treasure Hunt chests, such as a Mimic Chest piece, Mimic Shoulder pads, or Mimic Cape. (Participate in Treasure Hunt in the DLC for a chance at the Mimic Helm and Pet to complete the ensemble!) Overworld treasure chests can also drop level 2 bracers of health, wisdom, and stamina. You can also land a hang glider mount or a whimsical hot air balloon "pet" in the overworld treasure hunt. 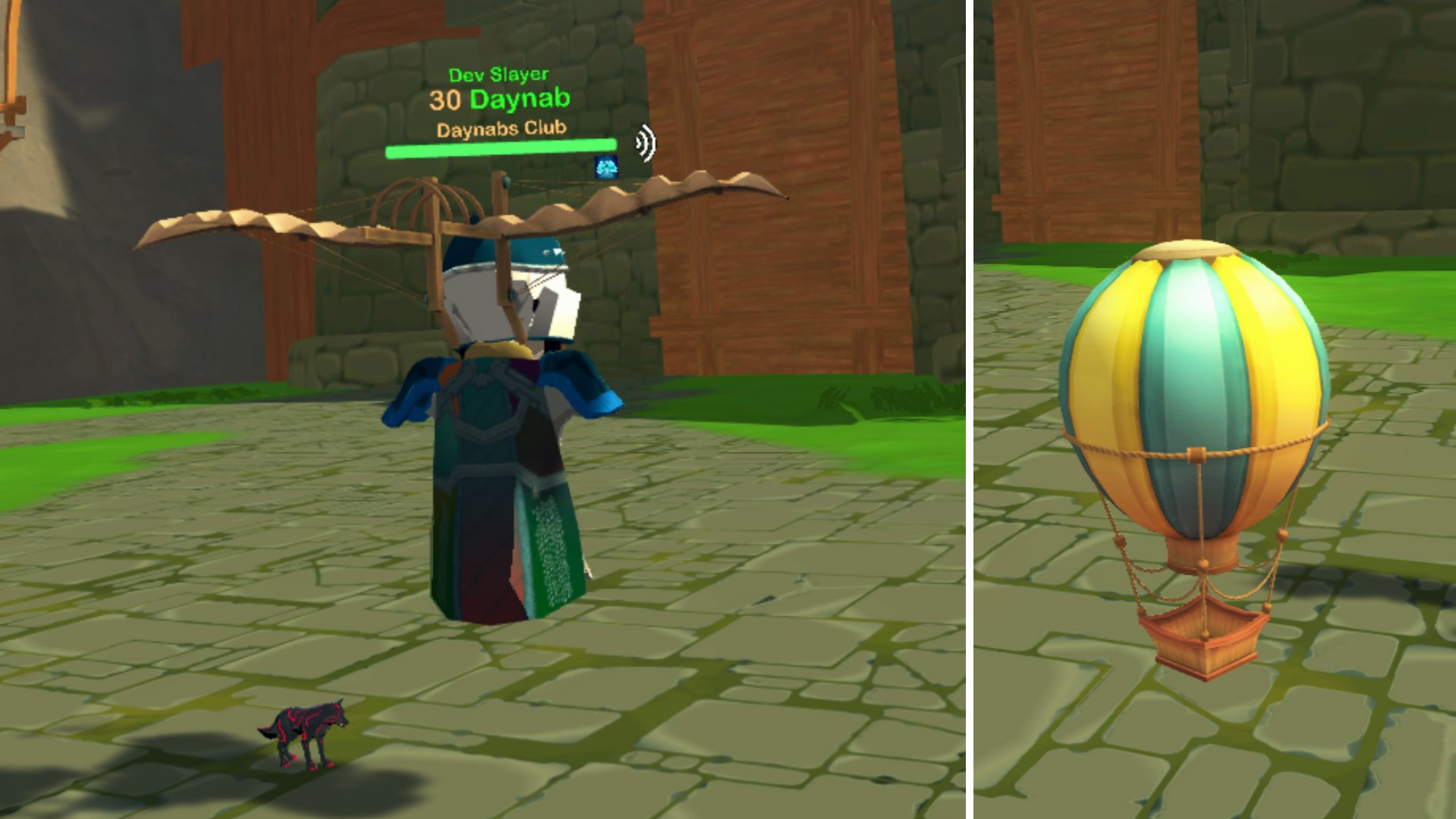 You can only receive one crated treasure map drop per 24 hours. Treasure maps expire after 4 days. For more particulars on treasure hunt mechanics, check out the second half of this Mini Story Pack mechanics post where we first debuted the concept.

Bracers will also be coming out with this patch. If you missed the original post on bracers, these are a new piece of gear that provide short-term stat boosts. There will be three types of bracers:

Bracers come in three levels, with the higher numbers equating to a stronger effect. As mentioned above, the level 3 bracers will drop off elites on the new island, and the level 2 bracers will be available only through overworld treasure chests. Level 1 bracers are a Tinkerer item. You can buy blueprints for them in the Tinkerer shop, then make them on the Tinkering table in your Player House.

Bracers begin to downgrade as soon as they are acquired and will eventually expire, with higher-level bracers downgrading to lower levels as time passes. 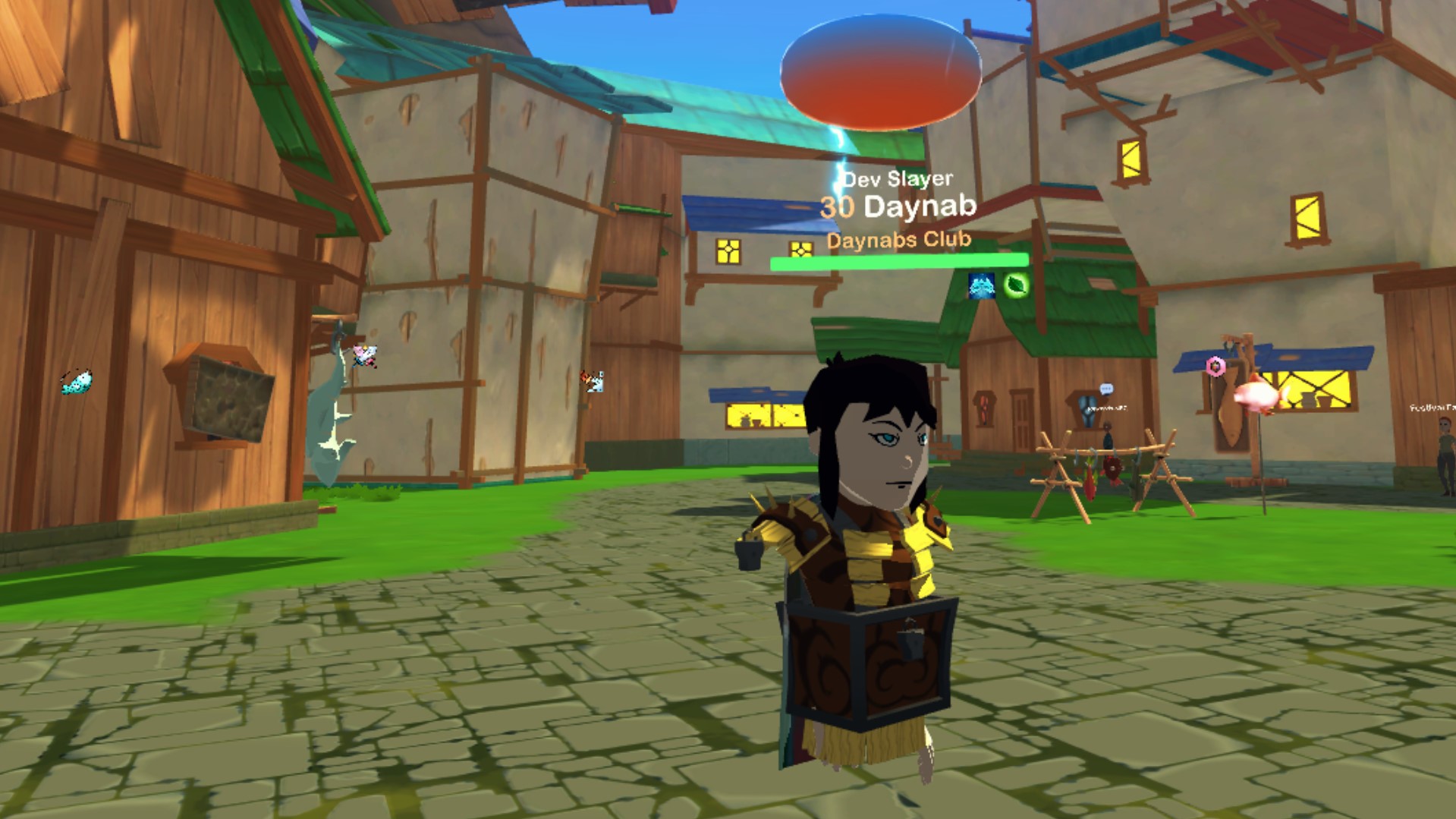 Along with all these other new items coming to the game, we’ll also be launching a new over-the-head Storm Mount in the in-game cash shop.

One other small thing we’re rolling out with the island patch is that moving forward, Tinkering blueprints will operate on mechanics similar to transmogs. Instead of taking up space in your Tinkering chest, you can now breakdown blueprints, and they’ll automatically be added to the list of available items from the wall next to the Tinkering table.

Finally, in case you mentioned the announcement elsewhere, we also recently installed a new VOIP system in game.

Although the server-wide goal has been reached and the island has been unlocked, the Explore the Realm event will continue through its original end date of October 20th to allow those who haven't yet accrued all the personal rewards to earn them.

Hi everyone, today we wanted to answer another batch of questions taken from the official forums and other community…

One of the things we love best at OrbusVR is our community, from their general friendliness and helpfulness toward…