As you are slaying your way through the Skogtrolls that have now overrun Patreyal from the Spring Festival, we wanted to share with the community some of the upcoming plans for this year.

But before I get into what's coming up, I want to give a special shout-out to all the players that judged, participated in, and watched the first ever community-ran Orbus Olympics over the last few weekends. We also wanted to send a special thanks out to Mishka, for all his work setting up this community event, as well as in general for helping new players and the community! If you haven't had a chance to watch the Orbus Olympics yet, there is still time! The final two events will be held Saturday, March 27th.

Our next big patch is on the horizon! April 6th we will be releasing the following new content in-game:

While it has had to be bumped back a few times, the April 6th patch will also see the Bard Mechanic fixes coming out. This will not be the full balance pass on the Tanks/Healers, but will fix some of the broken instruments/mechanics that we have talked about in the past. Once these mechanics are fixed, we will give the community time to create the new meta around playing the class, as well as gather new data to use in the upcoming balance pass. 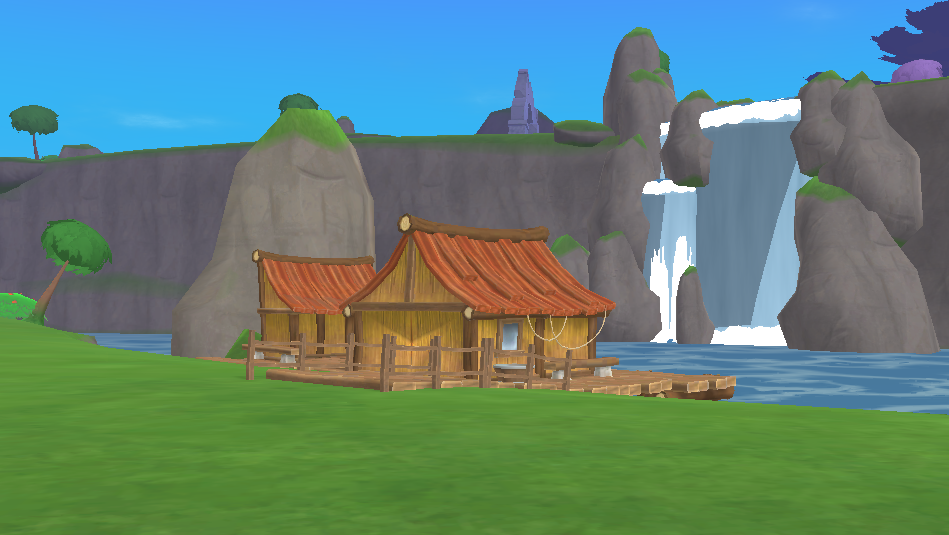 With the new spring season, and the defeat of a certain inter-dimensional bad guy, the citizens of Highsteppe have decided it's time to start expanding life beyond the walls of the city. When the patch goes live, you'll find a few small farms and one fishing hut dotting the hillsides next to the city, breathing new life into the Highsteppe area.

You will also find one of my favorite things from Preborn: SHEEP!! (And before anyone asks, yes: the sheep have everything they had from the older versions of themselves.) While there are no new quests with this update, expect to see some side quests from the farmers in the future, as it seems likely their sheep will get lost or have run-ins with the monsters that still roam the area.

With this patch we are also going to be rolling out more bug fixes that we have been working on. Most of these are server side, behind-the-scenes bugs that have crept up, but we are also spending more time leading up to this patch addressing the invisible monster/player bug. We think we have a solid lead on the bug now that we have gathered enough data. (Thank you to all players that continue to submit all the bug reports!) We will have a complete list of the bug fixes in the patch notes the day of the patch. 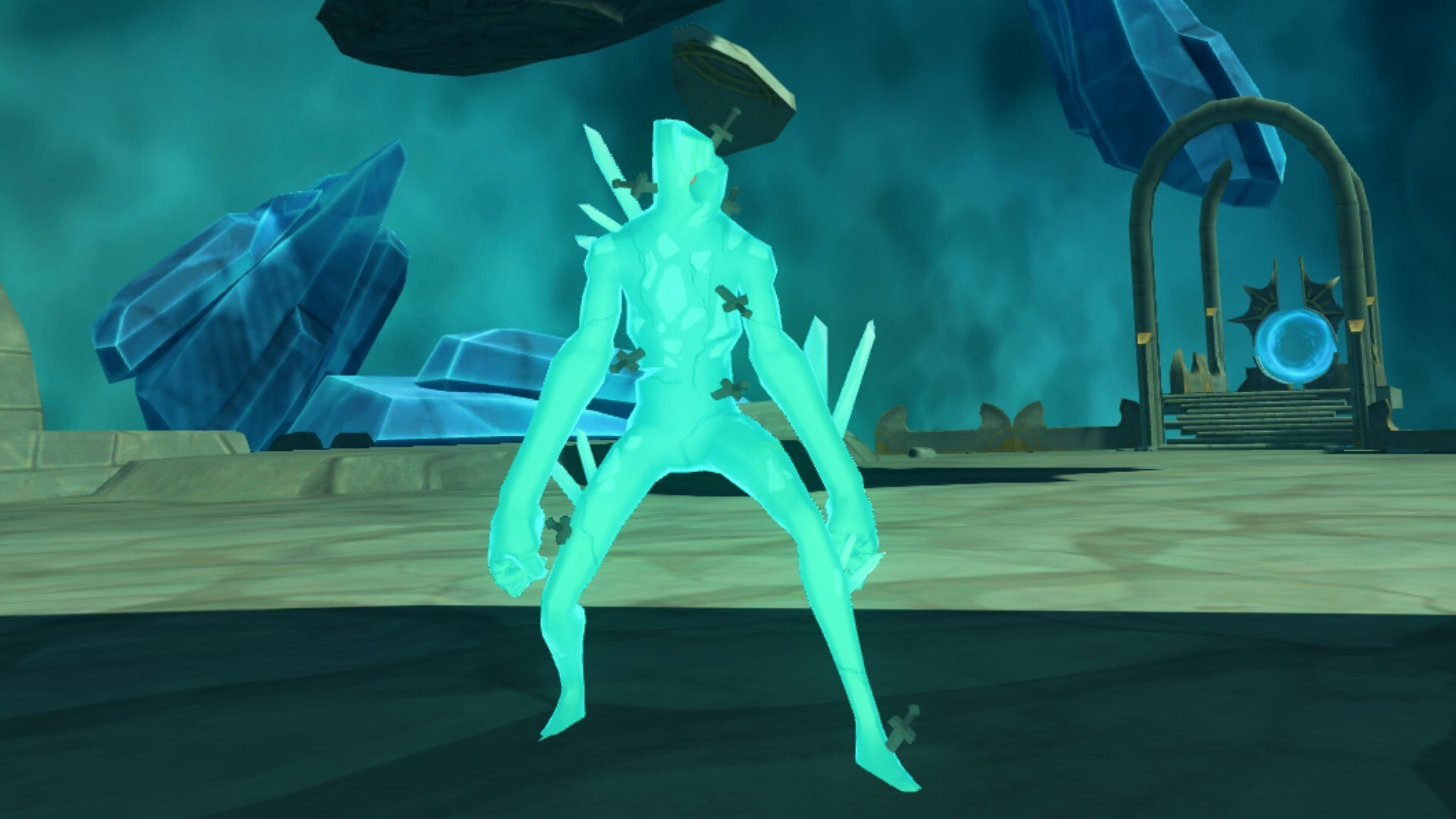 Now that players have mastered each of the boss fights in the Citadel Raid, it's time to launch the next set of harder mechanics. As with any hard mode raid, expect to find the fights more challenging, with greater rewards at the end.

The Beta will last for 1 week, which should give us enough time to work out any bugs, uncover any potential flaws in the fights, and make sure the balance is just the right amount of challenge: not too easy, but not impossible to defeat. During the Beta, no armor, weapons, or rewards will drop. After the 1 week beta we will be launching the Hard Mode Raid on May 4th.

Once the Hard Mode Citadel Raid has officially launched, this will be the most challenging endgame content in the Orbus world, but we know the community is up for tackling it!

After the April 6th patch and everything that goes along with it, we will begin working on the next set of content for the game. This is when we will begin to work on the balance pass for the Tanks/Healers. We will be looking at things like aggro retention, healing numbers, damage, etc. We are not planning on doing any major mechanic or talent reworks, but hope to bring the classes to where we feel they need to be balance-wise.

Note that we will not be making the classes "even" in terms of healing, aggro, etc. Each class has a unique and specific role in the world, but we do want to ensure that all classes are viable at their specific position in their world when doing all content. While working on the balance pass we will also be looking into the aggro issue newer players have inside of queue dungeons.

We have seen an explosion of new players joining the game over the last year, with our community size growing daily. As we expect this growth to continue, we want to make sure that we have the right tools in place to help both the Dev team and the player base maintain a friendly, helpful community. To that end, we are currently looking at ways to make it easier to report and mute other players. We will also be adding an additional feature to "block" other players. Blocking a player will turn them into a "ghost" (similar to when a player dies in game), mute them, and prevent all invitations (trade, party, personal messages, etc.).

We will also be working on more automated systems behind the scenes to identify toxic behavior so that we can continue to ensure that players have the best possible in-game experience, and that our community as a whole continues to be the helpful, passionate, and caring community that this game has become known for.

In the meantime, we encourage players to use our existing tools to report toxic behavior and create a safe in-game space for themselves. To report another player, open your Player Menu and select the Nearby Players tab (icon of a single head). Click on the name of the player you want to report from the list, and send the report to us. 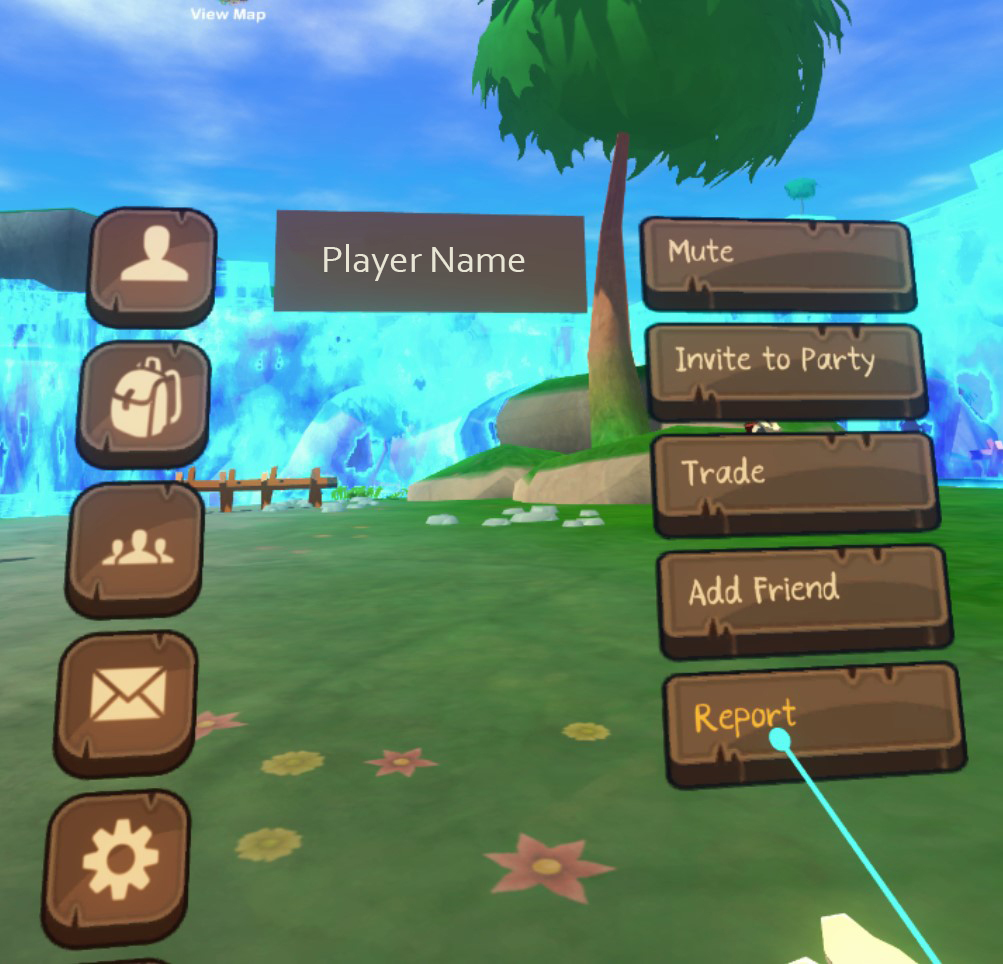 You can also use the Global Mute Function (Safety Bubble), by pressing the X and Y buttons at the same time to activate this feature, which will mute everyone on the server for you for 5 minutes, allowing you to make a fast exit from an uncomfortable situation and get to a safer place.

Lore Books: The History of the Great Shift

As part of a new series, we’ll be sharing a few of the in-game lore books on the…

The Spring Festival of Skogronn is now live! The patch also includes new colors for dragon breeding, a new…