The fall Harvest Festival is returning for its fourth year! The landscape and everyone’s favorite spirits will be back haunting the
hillsides and graveyards of greater Patreayl. The start of the festival will be on Oct. 4th 2022.

To check out the video from last years festival you can check it out here (https://www.youtube.com/embed/-0tO8jywR3k) 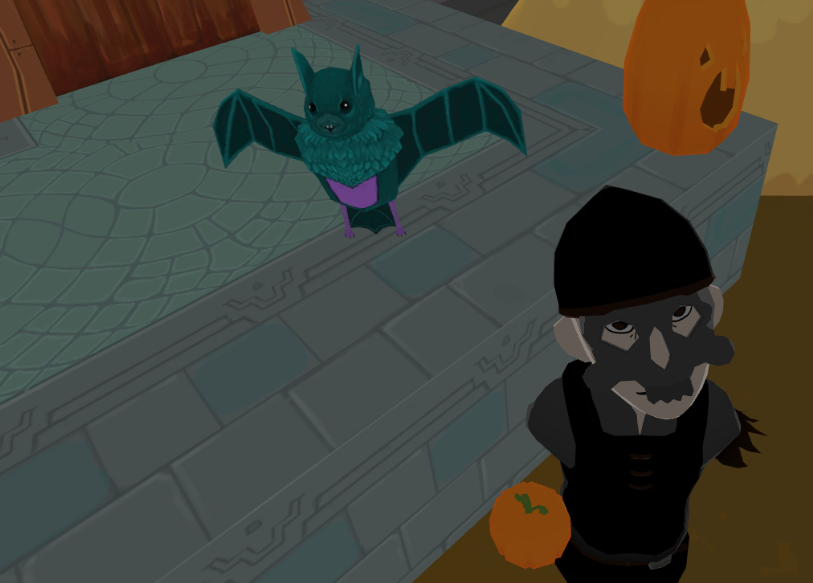 We’ve kept the questline the same as last year, and are bringing back the pumpkin helm, skeleton glove transmogs, Broomstick Mount and Bone Chandelier (Player House decor). New rewards include a new cape, Bat Teleporter, as well as a new snatcher pet that is terrorizing the countryside. Once live, In order to earn all rewards, you’ll need to complete all the mission and quests, which you can pick up from the following characters: 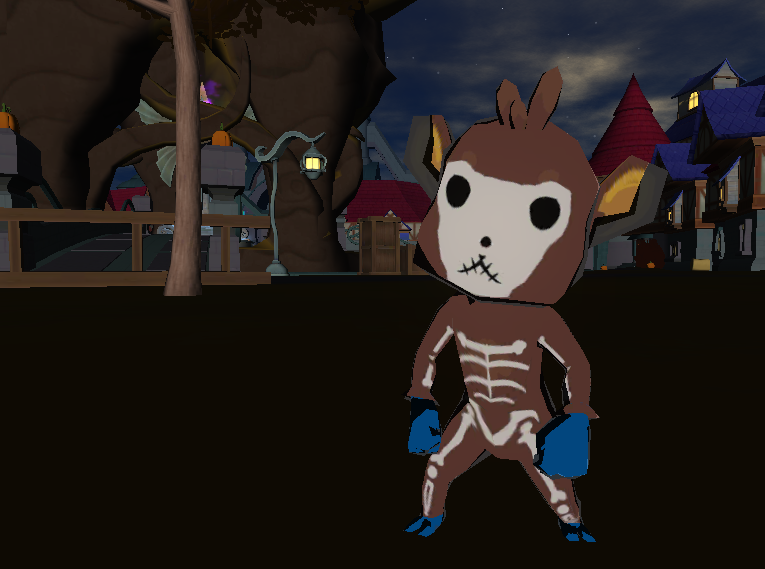 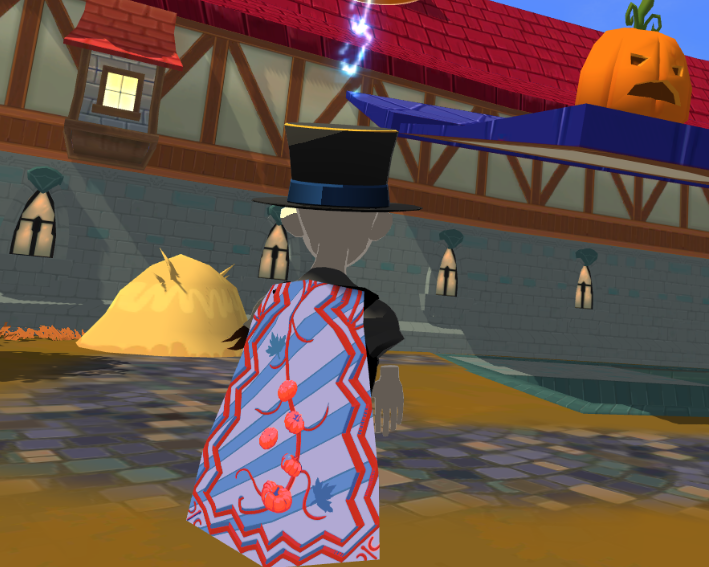 The start of Harvest Festival marks the end of the Summer Festival, so if you haven't completed that quest line and still want the rewards, be sure to turn in your quests before Oct 4th!

We are also excited to start releasing some information on the upcoming Chaos Realm dungeon. While the community is managing to defeat the first realm of the Chaos, we are going to release a few of the upcoming monsters that you can expect to find inside the upcoming realm.

This realm of the chaos has been warped by the chaos to a point where living creatures can not survive long, with the essence filling their bleached bones they look to avenge their former selves and take on any that dare enter into their graveyard. Here are a few of them you can expect to encounter....

Along with my personal favorite that I've been wanting to share since his creation.

We will have more information in a following blog post once we start getting closer to the release date (late Nov 2022), so expect to see another blog post highlighting the dungeon environment in the coming month.

*As part of a new series, we’ll be sharing a few of the in-game lore books on the blog to give players insight into the history of Patreayl in a more accessible manner. In this book, learn the history of Guardian Bart, a character from the original game with a lasting impact. All of these books can be found inside the game and read in game also, either inside the Player House library or the library on the underground level of Highsteppe.

Learn where familiar names such as Lord Markos and Helga Sarrow first came into play in the history of Patreayl.*

In the Midlands of Patreayl, to the far northwestern corner of the civilized countryside, the farming town of Highsteppe shivered away beneath the snow-capped Mount Drer.

Despite it being the first Noterfjirt of Sumrumdør, the cold winds of a particularly volatile Auðhumbla spring still echoed across the land.

However, despite such horrid weather, the people were content to celebrate the onset of summer with the Elskfire Festival.

In Highsteppe, the village was bustling with activity as folk went about their day preparing for the drunken revelry that would come inevitably from overindulging in cloudberry wine that evening.

The village chef, Benjamin Lethrow, barked orders at his timid apprentices while they set about collecting ingredients for the nightly feasts set to take place throughout the week.

Lord Mikkel Lenneth could be seen dangling from the side of a building as he attempted to string up the roofing with celebratory flags.

As was tradition, bright-coloured clothing garishly flitted through the streets.

Above the town centre, in the foothills of Drer, a wooden cabin stood on a small flat of land. In the yard before the cabin, a small fighting rink clashed with the sounds of swords, and the singing whistle of arrows slammed against potato-sack dummies, as the Guardians-to-be trained before their wizened master, the war hero and much respected Bartholomeu Janlier.

At sixty five years old, Bart had trained many young warriors to protect their small, but important town.

Never mind, very few had ever seen a battle, what counted was that should the time come, they would be ready. Bart was a tall, well-built man, even in his old age, though the scars of battle had made him far from handsome. Even to this day, he was haunted by the rupturing of his left ear during the Dandelion Wars, of which he had become the sole hero, however undeservedly.

As he watched on, his students practiced in combat with one another. From time to time, he might utter an encouragement or critique their way, but for the most part he observed them in silence. He felt strongly, that this was best.

“What was that? Don’t you talk back to me, child!”

The Guardians in training continued to exert themselves, and Bart, content for the moment, walked past the training grounds and to the cliff that looked over the northern part of the village.

Out on the horizon, he watched as the Guild City-based Airship flew loftily over top the dense herbage of the Green Lady Forest which extended from the edge of the Lowlands, all the way to Leisa Falls and beyond.

He considered the forest in all its danger and beauty, and thought of the woman he had once banished to the depths of those trees. A familiar pain twanged in his heart at this consideration, but he pushed it aside as best he could. She had been a witch. A practitioner of pagan magicks, and not someone the Order would have ever tolerated coexisting with the second wave of fundamentalism that had swept Highsteppe in the aftermath of the assassinations in the gypsy nation of Lamavora.

Tinnethara Mulbirth had been her name, though they had always called her Tinny. At the time, she had been old enough to be his mother, but there had always been something about her, some glistening gem hid deep within her soul that had drawn him to her, made him consider her as his other half.

She had spurned his attractions, of course, however coyly. And that had hurt. There were many who supposed he had championed the decision to banish her because of a broken heart, but that had never been the case.

Bart had seen those in leadership of the Order firsthand. He knew the way in which the world was heading. He knew it would not be kind to a Mulbirth gypsy witch like her.

Banishment was ironically, in his mind, the safest option for her survival. He only hoped the legendary Green Lady of the forest had not bewitched her. He had never married, never felt the desire to marry, after Tinny had packed her things and fled into the treeline.

His heart had been dealt a bad hand, and he realized, even as a young man, that it would be something that would follow him the rest of his days.

“Master Bart…” a voice from behind interrupted his daydream. Bart turned to face its origin. A young child. One of the three who he had recently agreed to take on as apprentices.

The young boy looked up at him with both admiration and trepidation, and Bart’s cold face softened.

Young Evan was struggling, he could tell, to hold the sword he had been issued. It was too big, Bart had told him when the boy had first arrived, but Evan would not be deterred. He wanted to be a warrior like his father had been before him.

Bart had suggested something more lightweight, like a basic wooden bow and arrow, or even one of those godforsaken Muskets that the Order had issued in recent years.

“The other kids…” Evan said, squirming in his footprints, “…they told me you will retire soon. Does that mean the Guardians will be over?”

Bart sighed. Of course there had been whispers among his Guardians of his impending retirement. Nothing had been announced yet – though the plan was to do that at the feast that night.

The truth was that yes, he would be retiring soon. In a year’s time to be exact. He had grown too old, too creaky with aches to continue on. It had been discussed with Lord Lenneth and agreed upon. But the Guardians would continue without him.

He ruffled the boy’s messy brown hair and knelt before him.

“Of course not, child.” He told the boy, “I shall pass the mantle of leadership on to someone else.”

“Well, that’s a surprise.” Bart responded, “You’ll just have to wait and see.”

That night, the first celebratory feast of Elskfeire went as predictably as Bart would have expected. The villagers rolled in huge wooden barrels filled to the brim with several varieties of tart, young cloudberry wines, and for the more discerning men among the group, flasks filled with strong Wenderwood Whiskey were passed secretly along beneath the feasting tables.

Musicians played and clowns clowned in the main square, and all was jovial and as it should be. Children darted in and out of the tables, giggling and chasing one another. Bart leant back in his chair and watched his friends become increasingly intoxicated with a smile on his face and a Sunflower Cigar wedged firmly between his teeth.

When it came time for celebratory speeches, Bart blew a large ring of yellow smoke and stood to silence the crowd.

“Friends!” he announced as men and women turned to look up at him.

“I trust we are all enjoying the fruits of summer.”

A loud, raucous cry erupted at this and Bart grinned.

“I thought so.” He laughed, “Now, I hope you will continue the night in good spirits and a moderate amount of responsibility…” – more laughs, “…but I must call a brief halt to the celebrations, simply to announce something of importance to you all.”

“You all know me as Guardian Bart…”

“The Hero of Patreayl!” came the response. Bart sighed. He felt himself cringe a little on the inside at this title, but continued regardless.

“I have trained up many of you in the ways of war, so that you, should it be needed, can protect your friends, family and home.” He paused to smoke his cigar, “…But I am old my friends. My bones ache, and my eyes are dulled by this incessant fog.”

“Which is why, I have spoken with our wonderful Lord Lenneth, and we have agreed that I shall stand down from my role as Guardian in one year’s time.”

The crowd began to mutter at this. Bart, not willing to pause, continued.

“I will during this period continue training as I always have, only now I shall look for a good and faithful apprentice to replacement me as Chief Guardian to watch over you all.”

“Huzaah!” came the cry as the village cheered him on.

The music started up once more and Highsteppe partied on, deep into the night.

Plateau of Apophis, the newest Chaos Dungeon will officially launch on Tuesday, November 29th at 11 AM CST! Travel…

Our next patch will launch on Tuesday, June 21st and will feature the return of Summer Festival, along with…