With the new year here, we are ready to start celebrating the 5th year anniversary of OrbusVR, the first and longest running VRMMORPG! We want to thank all those players that have stopped by and made their mark on the game, made friends, fought enemies and overall made the game what it is today!

To make this year extra special, there will be a year-long server wide boost (in addition to any player activated server-wide boost bombs):

In addition to these boosts we have temporarily increased the chance of legendary drops in both the overworld areas and shard dungeons. Please keep in mind the drop chances are still extremely rare so we do not recommend “farming” for these rewards. 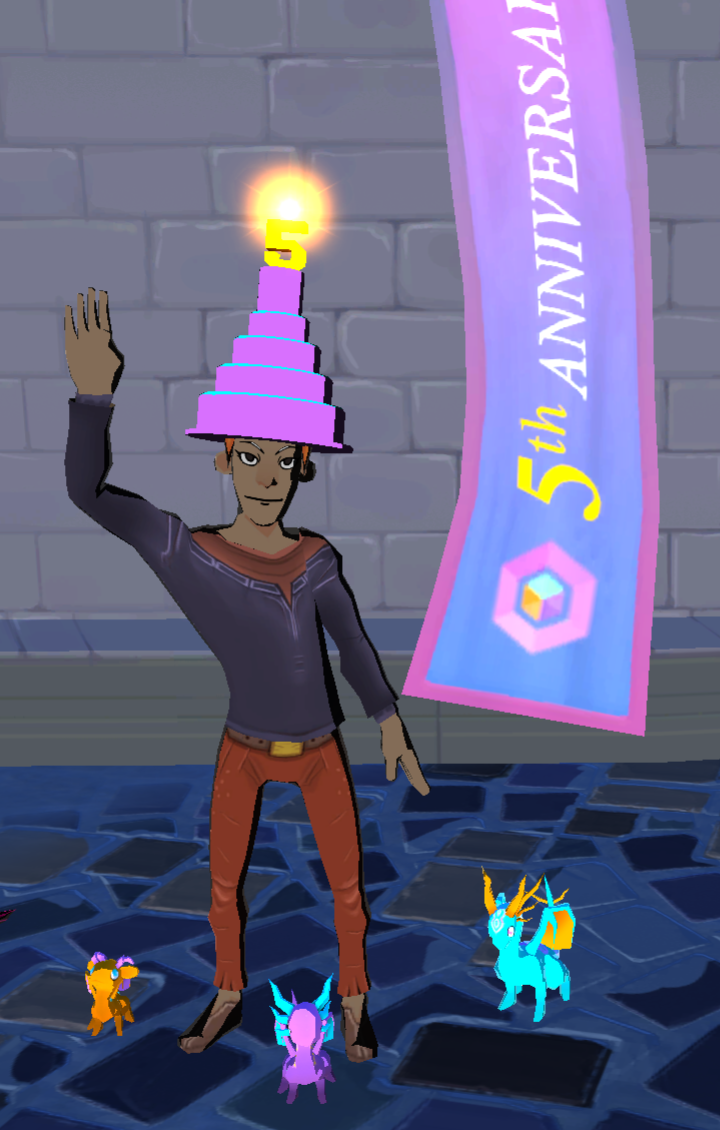 As a game, especially in VR, five years is a huge accomplishment! To celebrate this occasion, we will be handling this event a little bit differently this year. We will be bringing back the Anniversary questline with some new additional quests. This questline will be broken up into three phases over the coming months, the first phase being released January 23rd. Phases two and three are scheduled to release later this year during Spring and Summer respectively.
Along with these questlines there will be some new rewards for you to look forward to!

As always, if you log in at any time during the event you will be able to claim a 5 year Anniversary Cape and a 5 year Anniversary Cake (furniture) from the Rewards NPC found in Highsteppe Town. The Penguin Transmog set from previous anniversary events will still be earned through this year's event, so if you haven’t had a chance to get it yet, now is your chance!

There will also be some new rewards exclusive to our 5th year anniversary. This year you will be able to earn a limited edition 5 year anniversary dragon of each breed sporting Orbus themed colors. These will only be available during this year’s event so be sure to collect them while you can!

Once completing all three phases of the anniversary questline you will also earn a new 5 year anniversary edition Rupert pet exclusive to this year’s event!
Please note that each questline will remain available as each phase is released so don’t worry if you are unable to complete any of these phases right away. 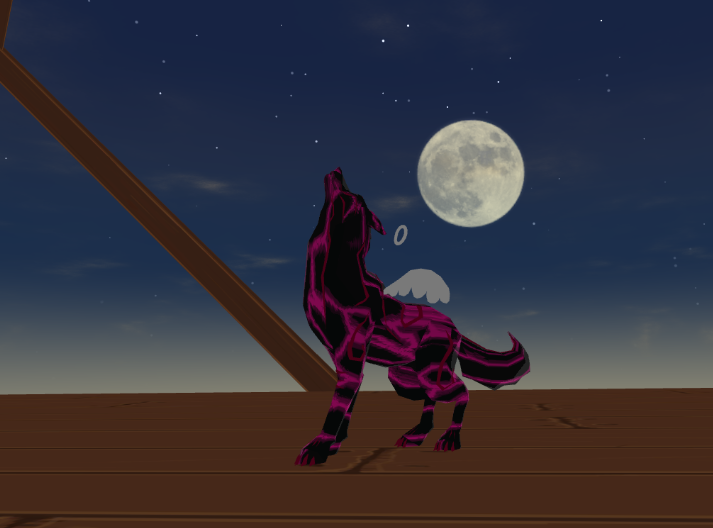 In addition to the new questlines, we plan on celebrating in-game by hosting several community events over the coming phases of the celebration. The first two quests of the anniversary questline encourage partying up and working together to complete the objectives so we thought it was fitting that the first event will involve some of the development team logging in game and playing through the anniversary questline with anyone that needs help or just wants to hang out with us! We will announce more as the year goes on, so stay tuned for more details and upcoming dates!

Starting from the very beginning of the game to last month, here’s a look at the numbers:

These numbers continue to grow each year and just keep getting more and more impressive!

We are so proud of what we all have been able to accomplish in the last five years, not just as a development team but as a community as well! Your feedback and support is what keeps this game going. We love hearing of the memories and the friendships that were made through this game and we hope Orbus can be a place you can call “home” in the world of VR.

As always, a big THANK YOU to our community. You all make the game what it is, and we are grateful for your dedication and enthusiasm. Cheers to five years!

The Winter Festival of Strangers is officially back with this patch! To pick up all the relevant mission and…