We're all hard at work preparing for Closed Beta 3 which will be here in late October. In the mean time, we're previewing some of the things we're working on for you so you can keep up with all the latest on what's going on behind the scenes.

Artificing (also colloquially known as "Runesmithing") is the art of enhancing weapons and armor to tune them to the specific wielder so that they can exist in harmony.

Consider the scene in the first Harry Potter movie where Harry visits the wand shop of Ollivander. The master wand maker gives Harry a flurry of different wand types to try, and by watching Harry make a flick of the wrist, he is able to determine which is the best fit. But how do you translate that into a set of game mechanics that can allow players to experience both being Ollivander and Harry -- the master outfitter and the client? 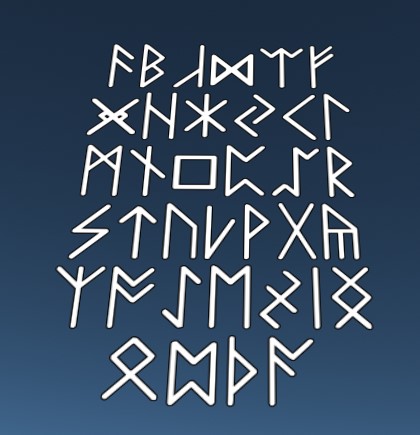 The idea behind Artificing in OrbusVR starts with Runesight. The game tracks a variety of different actions that the player is doing, and each one is represented by a unique rune. By taking a special potion, other players are able to watch a player fight during combat and view the runes that are being generated by their actions.

Each of these runes represents a single action, for example, "dealt damage using a certain type of ability", or "attacked the same monster for the 3rd time in 5 seconds". There are currently more than 36 different runes in the game, and more will be added in the future.

By watching a player fight, a skilled Artificer can begin to detect patterns in the runes that appear for a player. Since each player's fighting style is unique, the patterns will vary based on the player, even if they are playing the same class. For example, a Ranger who tends to start off every fight with a Charged Shot, followed by a Poison Arrow, and then rapid-fire, will have a totally different pattern of runes than one who chooses to fire more slowly and carefully, favoring Spread arrow attacks at close range.

After watching the player fight for a while, the Artificer is ready to begin crafting sets of rune tiles. Acquiring these tiles is meant to be fairly easy, the trick is knowing which ones to use and in what order. A set must consist of no less than 3 and no more than 5 tiles. No tile can be repeated. And you will gain more benefit from sets which have longer tile chains in them, as well as using "rarer" tiles which are less likely to happen frequently (e.g. a tile which represents "killed an enemy" is going to happen less often than "attacked something with a Teh damage," so it's "worth more" when it does hit.)

A set can be attached to a player's weapon as well as the primary armor slots (head, chest, gloves, and shoulders). That means you can have up to 5 sets active at once. You'll also require shards from breaking down gear to "power" the set, and the set will eventually wear off as the durability of the item is used up.

As you fight, you'll be notified when one of your sets is "activated." Based on the rarity of the set, the length of the set, and how much "interference" was caused by other actions happening between the first and last rune tile of a set, you'll receive a bonus to your damage output for a short amount of time. Generally speaking you want your sets to be triggering many times during a fight.

Other Thoughts on Artificing

This is a very unique profession, and I don't think I've ever seen anything done like this in a game before. What I really love about it is that it's the opposite of Alchemy. Alchemy is about finding rare ingredients and following a very precise order to combining them to create something. It's very rigid. Artificing on the other hand is about taking common ingredients (the tiles, and the crystals, will both be pretty easy to get in-game), and needing to use skill and creativity to know how to put them together into something beneficial. I fully expect that there will be people in the game world who become known as "Master Artificers" based on their skills in pattern recognition and figuring out the meaning behind each rune in the game.

It's also interesting because we don't really know coming into this what patterns are going to be considered the "best" or "most powerful." My hope is that there will be a lot of variety in the answer to that question based on each person's play style in the game, and we'll work to tweak the system to achieve that as we see how folks are using it.

This profession also lends itself well to experimentation and frequent changes. Tiles are pretty "cheap" so you can swap out sets and experiment with new ones on a regular basis. You might go back to your favorite Artificer once a week for a "tune up." And when you're taking on a tough Raid encounter, it might be very common to adjust your group's sets based on what's going on for that specific fight. There's an incredible depth to dig into here and it may take a while before the community as a whole has a firm grasp on the best way to deploy these enhancements.

I'm excited to see the community dive into this new profession and see what they can make of it!

One final note, originally when we discussed the Artificing class we were planning to have it also create little toys and fun things like that. We are still planning to bring that to the game, but it is being split off into it's own class. More details on that will come later -- it hasn't been dropped from the game, but it's not going to make it in before Early Access, most likely.

One of the last remaining major hurdles for the "foundations" of the game being ready for Early Access is the troubles we're still having with the networking layer. The good news is that I have completely re-written the networking code for the game, and it's no longer the "black box" that it was before. This means that we should have a lot more insight into what's going on when it doesn't work as expected, and be able to roll out fixes to these issues more quickly.

However, I'd like to test this out with live data before we head into the next Closed Beta test, which is why we'll be holding a very short little "stress test" next week.

Wednesday, October 4th at 8 PM US Central Time we will turn the servers on for about an hour so that we can test the new networking code.

During this time you'll be able to log into your character, but nothing you do will be saved once the test is over. We'd like to just get a lot of people gathered in Highsteppe testing out the networking code and stressing the server so we can see how it holds up. Please join us if you're able to! (Note that you still need Closed Beta access to participate in the mini-Stress Test).

We'll be putting out another blog post next week with more details on what's coming for Closed Beta 3. See you then!

As Closed Beta 3 approaches this Friday, I can't help but feel like we're coming up on the finish…

Hey everyone! Another Closed Beta test is finished and in the books. It was a ton of fun to…